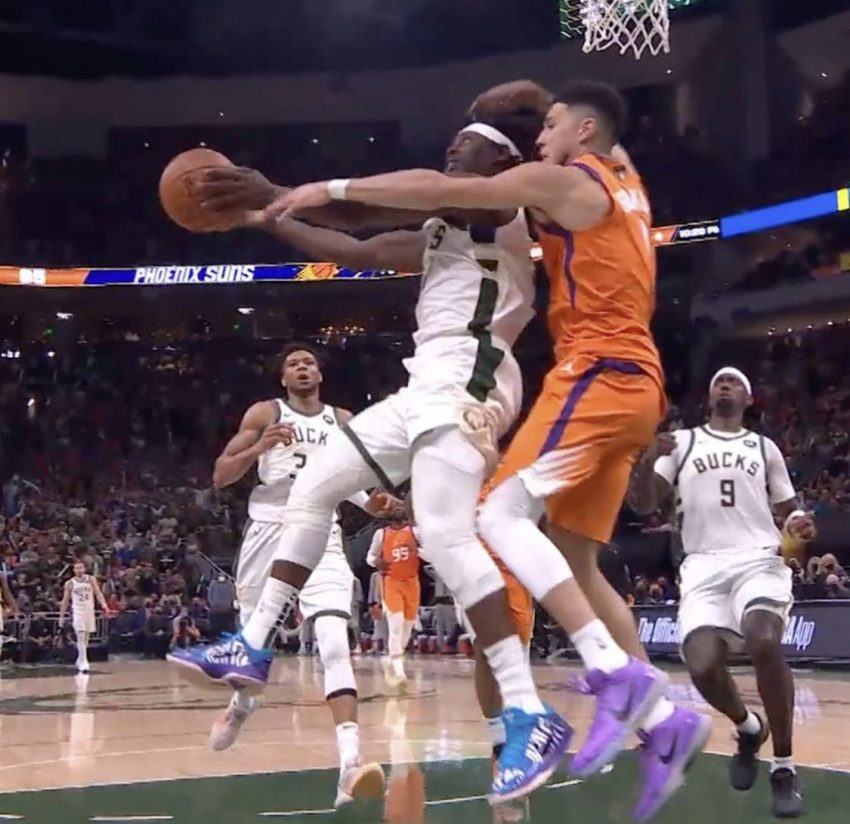 Milwaukee’s unheralded All-Star Kris Middleton scored 14 of his 40 points in the fourth quarter of Game 4 in the NBA Finals, including 10 straight in the final 2:07, to overcome Booker’s remarkable performance in a wild 109-103 Bucks win that tied the series, 2-2. Game 5 is scheduled for Saturday in Phoenix at 9 p.m. ET on ABC.

“That’s the dude I want to build a legacy with,” Bucks superstar Giannis said.

2-1 Phoenix lead… the #NBAFinals presented by @YouTubeTV continue TONIGHT with @Suns vs. @Bucks Game 4 at 9:00pm/et on ABC! pic.twitter.com/0GX59bIf72