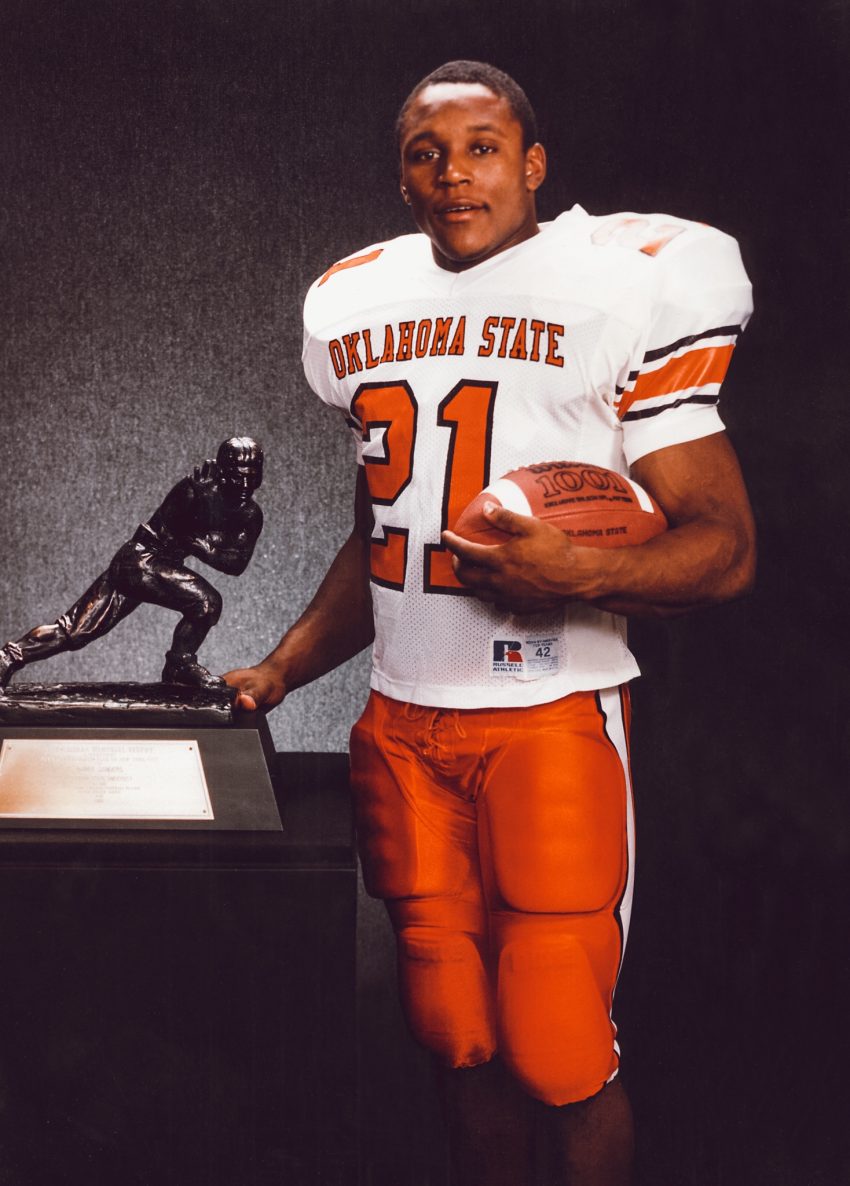 More than three decades after Barry Sanders’ legendary 1988 Heisman campaign, Oklahoma State announced Thursday it plans to immortalize its first and only Heisman winner in program history by erecting a statue of him outside the stadium. The program will also induct him into their Cowboy Football Ring of Honor on Nov. 13 when the football team faces TCU.

Sanders will be the second individual to have his own statue outside the stadium at OSU joining T. Boone Pickens, the late oil tycoon and mega-booster whose contributions led OSU to changing the football stadium to “Boone Pickens Stadium.” He will be the second former player inducted into the football program’s Ring of Honor after former teammate and fellow Hall of Fame running back, Thurman Thomas, was inducted last year.

Oklahoma State announces that Barry Sanders will have his name and jersey number added to the Ring of Honor inside Boone Pickens Stadium as part of the Cowboys’ game against TCU on November 13. Will also be getting a statue.