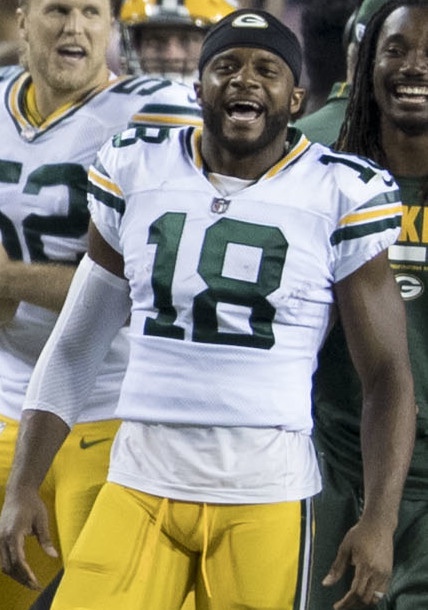 Cobb himself announced on Twitter that he is “COMING HOME,” with a picture of himself in a Packers uniform.

It has not yet been reported what the Packers are giving up to acquire Cobb in a trade with the Texans.

In Cobb’s best season in Green Bay, in 2014, he caught 91 passes for 1,287 yards and 12 touchdowns. It seems unlikely that he can approach that level of production again, but he should get plenty of playing time, while giving Rodgers both another receiver to throw to and a sense that he finally has a voice in the Packers’ personnel.

A welcome-back gift for Aaron Rodgers: the Texans are trading former Packers’ WR Randall Cobb back to Green Bay, per Randall Cobb. Cobb has been a longtime favorite of Rodgers.

But this trade’s for Aaron.

The #Packers indeed are working on a trade with the #Texans to bring WR Randall Cobb back to Green Bay. A reunion in the making with old friend Aaron Rodgers. https://t.co/3EfcARaJ1B