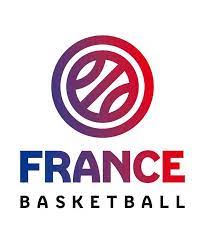 Nicolas Batum reached over Prepelic to block the layup try with 2.4 seconds left, the last play in what became France’s 90-89 win over Slovenia in the men’s basketball semifinals at the Tokyo Olympics on Thursday night — overcoming a historic night from Luka Doncic.

Doncic had the third triple-double in Olympic men’s history: 16 points, 10 rebounds and 18 assists. But it wasn’t quite enough, and Slovenia fell to 17-1 all-time when he’s in the national team colors.

He may be good as gold one day, but not yet. France will play the United States on Saturday (11:30 a.m. local time in Japan, 10:30 p.m. Friday EST) to decide the gold medal at the Tokyo Games. France has been this far at an Olympics only once — losing to the Americans in the title game at the 2000 Sydney Games.

Slovenia comes up just short of the gold-medal game in its Olympic basketball debut, losing to France in the semifinals.

Luka Doncic is now 17-1 in international competition. What a run 👏 pic.twitter.com/6mVpACWHey

Slovenia is averaging 105.8 PPG in the Tokyo Olympics, on pace to be the most by a European country in men’s basketball at a single Olympics all-time.

Luka Doncic is 17-0 in his career with Slovenia, who plays France at 7 AM ET for a spot in the gold medal game vs the U.S. pic.twitter.com/pSlbeBsgqb