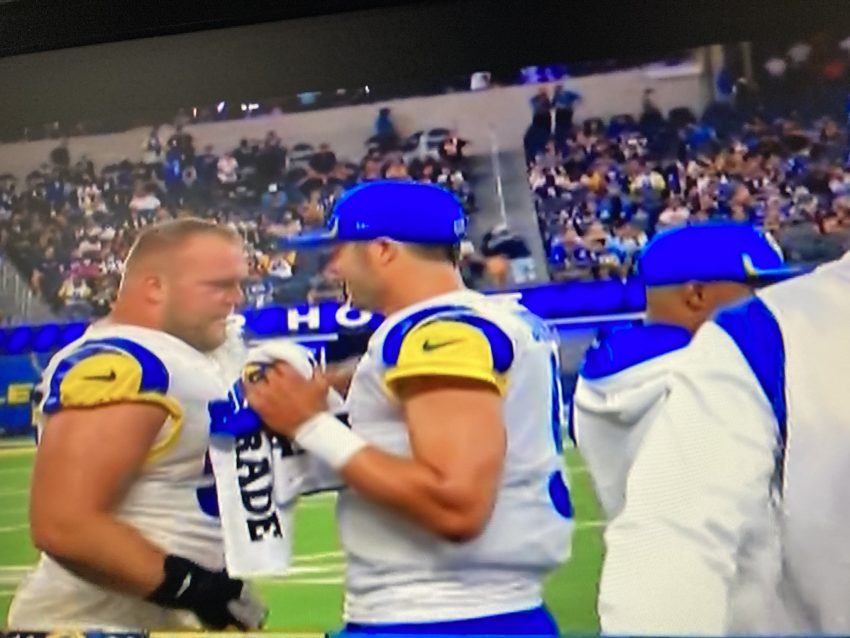 The Matthew Stafford era arrived in full force on “Sunday Night Football,” with the Rams rolling over the Bears thanks largely to a flurry of big plays through the air. Chicago did not bow out immediately or easily, with Andy Dalton leaning on David Montgomery to stay competitive into the fourth quarter. But Stafford was clearly the superior signal-caller under the prime-time lights, buoyed by a reliable receiving corps headlined by Cooper Kupp and Van Jefferson, as well as some feisty defense from standard-bearers like Aaron Donald and Jalen Ramsey. Windy City got a small taste of promise with rookie Justin Fields scoring in a limited role, but Sunday night belonged to the home team, with the Rams opening their 2021 season with a decisive 34-14 victory.

Matthew Stafford makes his debut for the Rams in the first NFL Sunday of the season.

For comparison’s sake, Andy Dalton is averaging 6.0 yards per attempt.