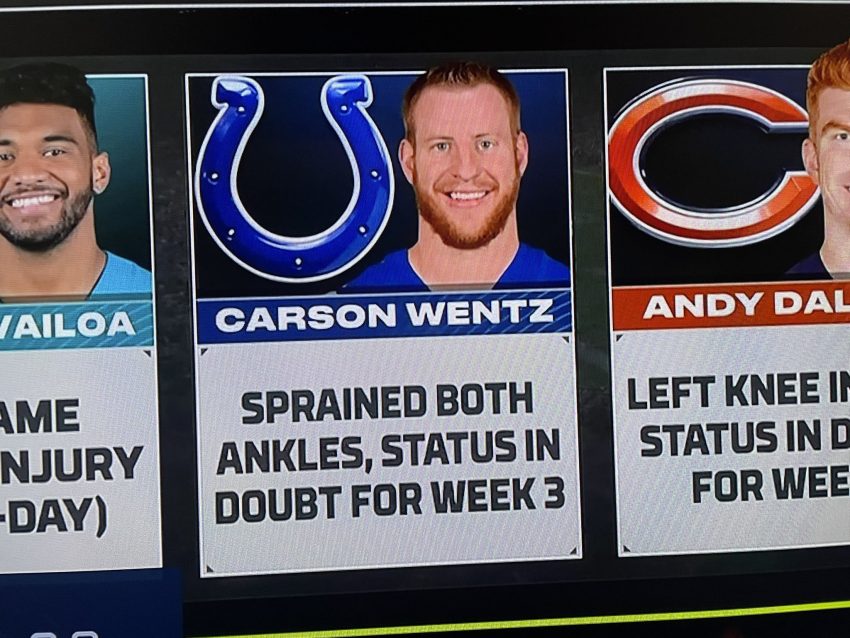 According to NFL Network’s Ian Rapoport, Indianapolis Colts starting quarterback Carson Wentz suffered a sprain in not just one of his ankles, but both ankles during Sunday’s loss to the Los Angeles Rams.

Without Wentz, the Colts will have to turn to 2nd-year quarterback Jacob Eason, who’s essentially a rookie in experience, having not garnered any snaps during 2020 in either the regular season or preseason. (Although he did receive 1st-team offensive reps this past training camp and preseason as Wentz recovered from his late offseason foot surgery).