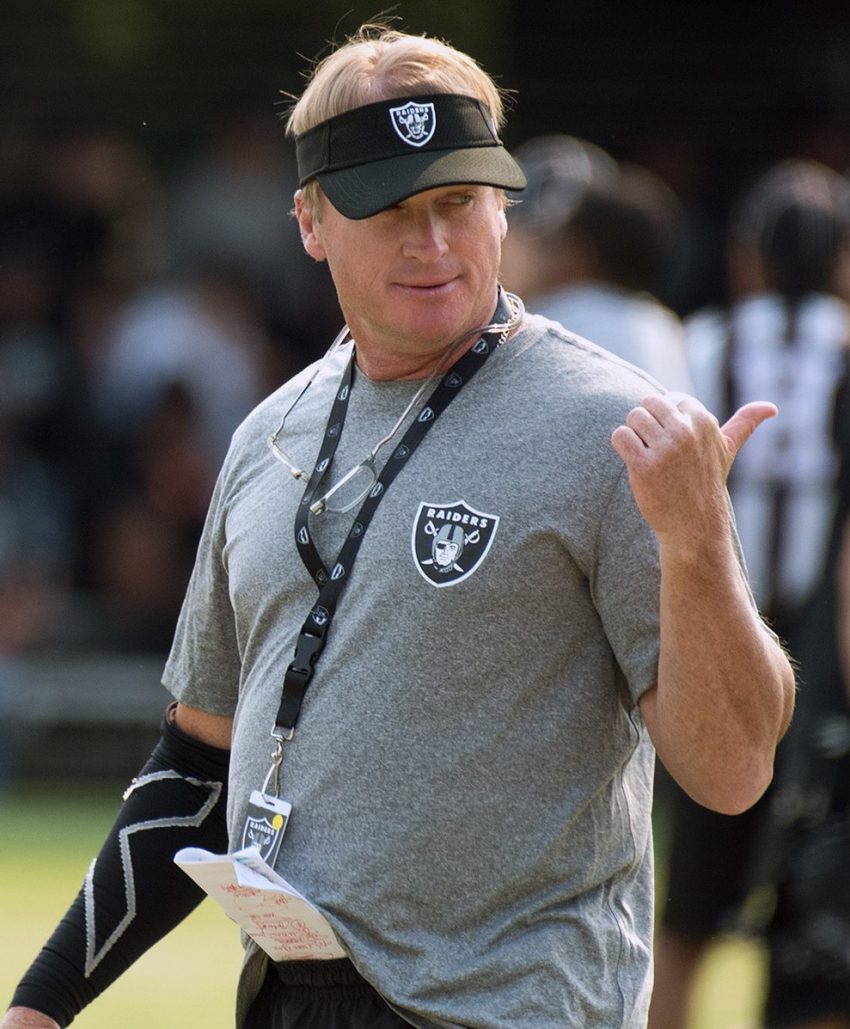 Jon Gruden is out as the Raiders’ head coach, and it’s by his own doing. NFL Media reports that Gruden has informed his staff he is resigning from his position in the wake of leaked emails in which he repeatedly used insensitive language.

Already under investigation by the NFL for a 2011 email in which he used a racial trope to criticize NFL Players Association executive director DeMaurice Smith, Gruden admitted Friday that he also used profane language to describe NFL Commissioner Roger Goodell. According to The New York Times, however, Gruden’s questionable conduct extended far beyond those comments, with Ken Belson and Katherine Rosman reporting Monday that the 58-year-old “casually and frequently unleashed misogynistic and homophobic language” to denigrate NFL peers from 2010 all the way to 2018, when he rejoined the Raiders.

Source: Jon Gruden just informed his staff that he plans to resign as #Raiders coach.