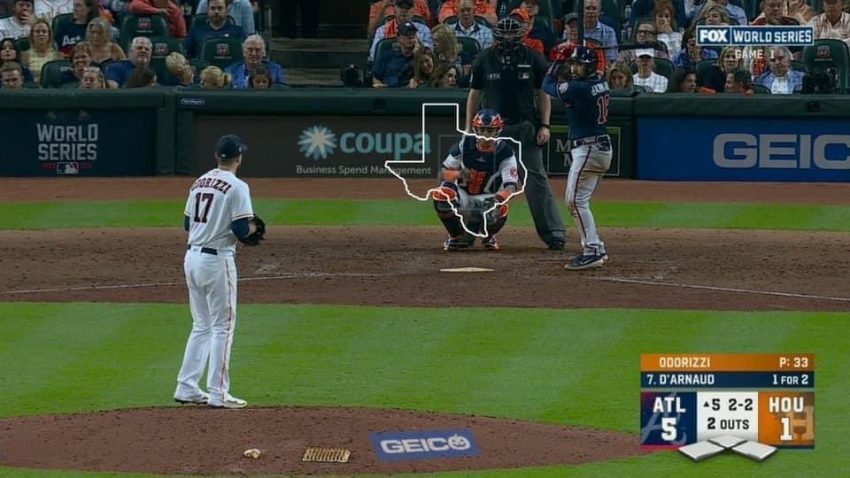 The big story of Game 1 of the World Series was Atlanta Braves pitcher Charlie Morton’s fractured fibula that knocked him out in the third inning and the rest of the contest against the Houston Astros. The top highlight of the game might be the Braves’ ace striking out Jose Altuve looking at a wicked 2-2 curveball, but completing his delivery in pain and leaving the game. The Braves won 6-2.

In the other dugout, the story was the quick exit of Astros starter Framber Valdez, lasting just two-plus innings and allowing five runs and eight hits — the majority of those rockets of 100-plus mph, including home runs to Jorge Soler and Adam Duvall into the Crawford Boxes in left field.

Atlanta’s pitching lifts them to a 1-0 series lead over the Astros pic.twitter.com/TAT6GLkKjE

Next stop, Houston! RETWEET for a chance at an @EvoShield elbow guard + @sluggernation World Series bat and tune in to MLB Tonight before and after every Braves vs. Astros game :tv: