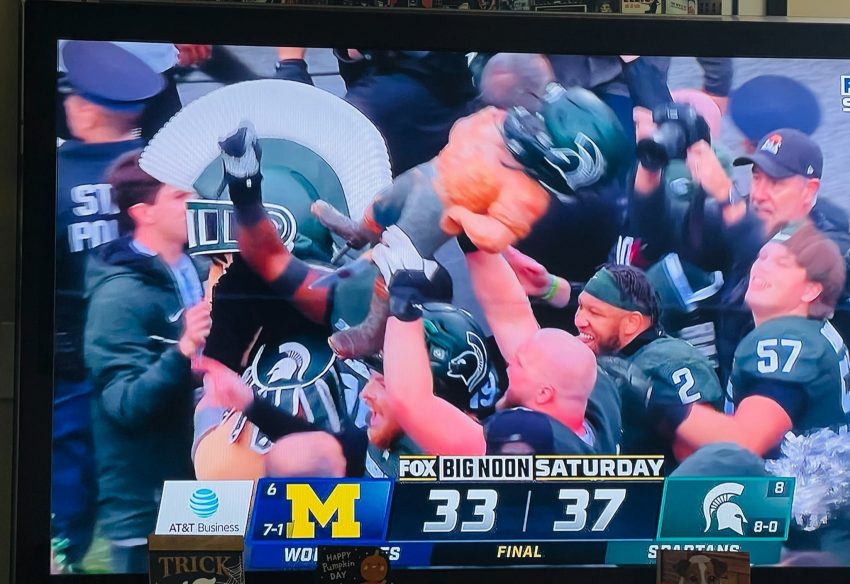 No. 8 Michigan State stormed back from 16 points down in the second half on Saturday afternoon to defeat No. 6 Michigan 37-33 in a thriller between two teams atop the Big Ten East. The Spartans didn’t take their first lead of the game until only 5 minutes remained, which is when star running back Kenneth Walker III broke free for a 23-yard touchdown run to seal the win.

After Missouri, Florida & Texas, Michigan joins other states of the USA in celebrating October as #HinduHeritageMonth!

Hindu Community from across the world welcomes this initiative.

Oct’21 will witness the celebration of the rich cultural & spiritual traditions of Hinduism. pic.twitter.com/ULAVLmsNnY

Wow, I bet you’d like to read about that Michigan State running back who’s absolutely carrying the Spartans against the No. 6 team in the country! https://t.co/o84OgYCcP8