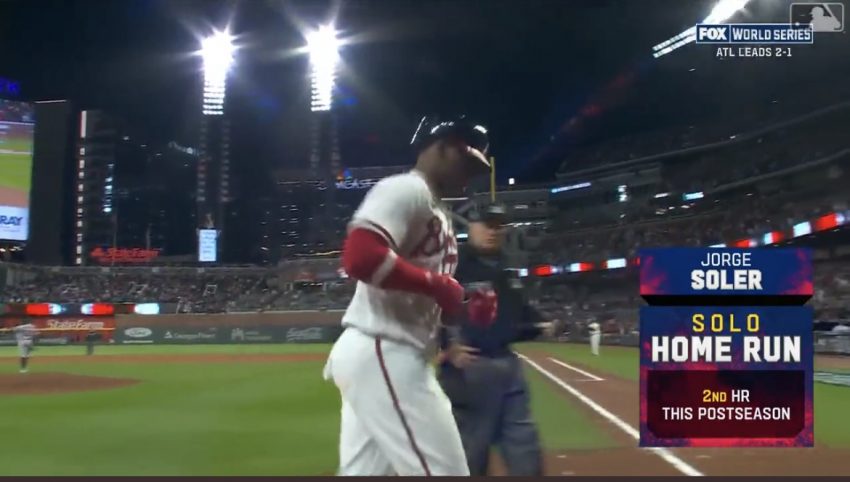 The Atlanta Braves mounted a late comeback against the Houston Astros on Saturday night to take Game 4 of the World Series by a score of 3-2. The Braves now lead the best-of-seven series by a count of 3-1, which means they’re only one win away from their first World Series title since 1995.

Game 5 is scheduled for Sunday evening back at Truist Park. A Braves win in Game 5 will make them the first team to clinch the World Series on its home field since the Red Sox in 2013. Here are five takeaways from Game 4.

The Braves are no-hitting the Astros through seven innings of Game 3 of the World Series*.

Who ya got in Game 3?? @astros or @Braves pic.twitter.com/QAWYl8cAqj