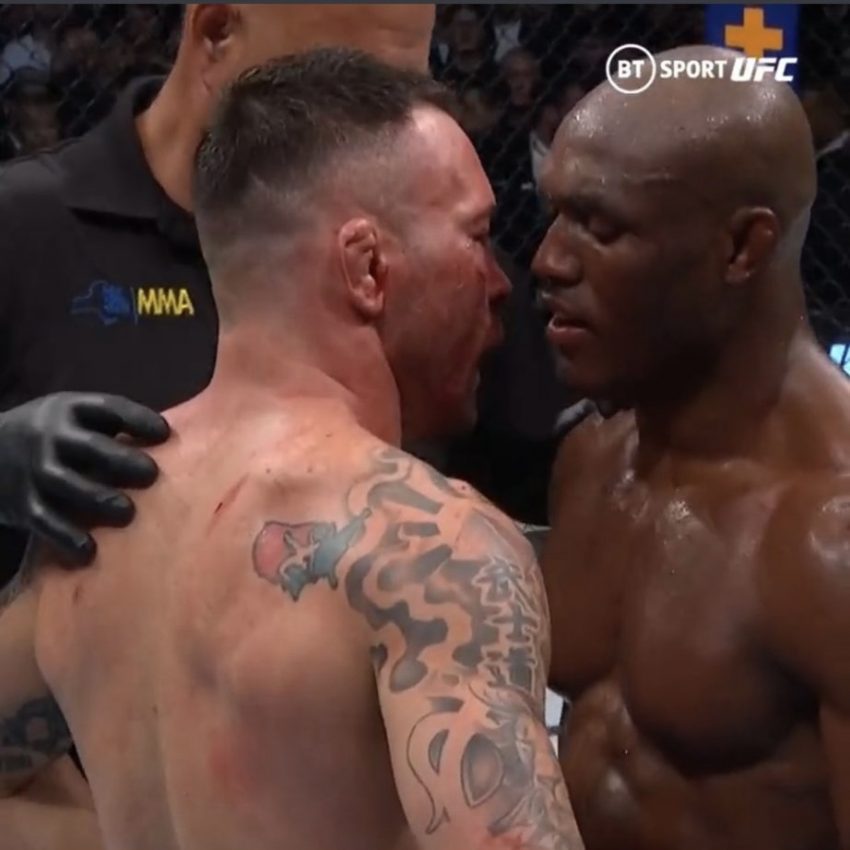 The rematch didn’t have the same torrid pace as the first meeting between the two in December 2019. That fight saw the men combine for more than 300 significant strikes landed before Usman scored a TKO late in the fifth round. This go-round, both men showed respect for the other man’s power, picking and choosing when to engage with strikes.

A moment between Kamaru Usman and Colby Covington after their fight. #UFC268 pic.twitter.com/VzZz8MiXjM

The rematch delivered and in the end, Usman and Covington embrace after 5️⃣ rounds at #UFC268 pic.twitter.com/fHUa8Tna6D