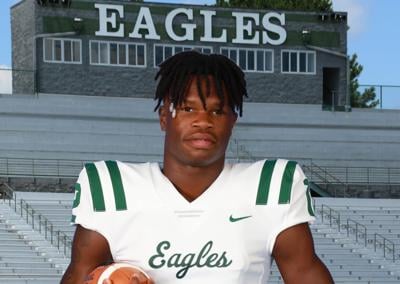 Travis Hunter, the nation’s No. 1 ranked prospect in the Class of 2022 according to the 247Sports Composite, pulled an all-time stunner on Wednesday during the first day of the early signing period as he flipped from his Florida State commitment to sign with Jackson State and Seminoles legend Deion Sanders. Jackson State is an HBCU that competes in the SWAC at the FCS level, and Hunter’s decision to spurn a longstanding commitment to an FBS power in order to sign with JSU will reverberate throughout college football and sports world as a whole.

Hunter committed to Florida State in March 2020 and remained steadfast in his commitment to the Seminoles over more than a year and a half, even as the program has struggled to gain traction under coach Mike Norvell. But Hunter’s flip amounts to a last-second gutting of the best thing Norvell had going for him.

Top-ranked CB Travis Hunter, ESPN’s No. 2 overall player in the class of 2022, has announced on Instagram he will decommit from Florida State and sign with Jackson State and head coach Deion Sanders. pic.twitter.com/rZPVeKcvIr

Deion Sanders flipping Travis Hunter, the nation’s No. 1 recruit (and a CB no less) from his alma mater, FSU to join him at an HBCU, Jackson State would unquestionably become the biggest signing day stunner in my 20-plus years of covering this stuff.