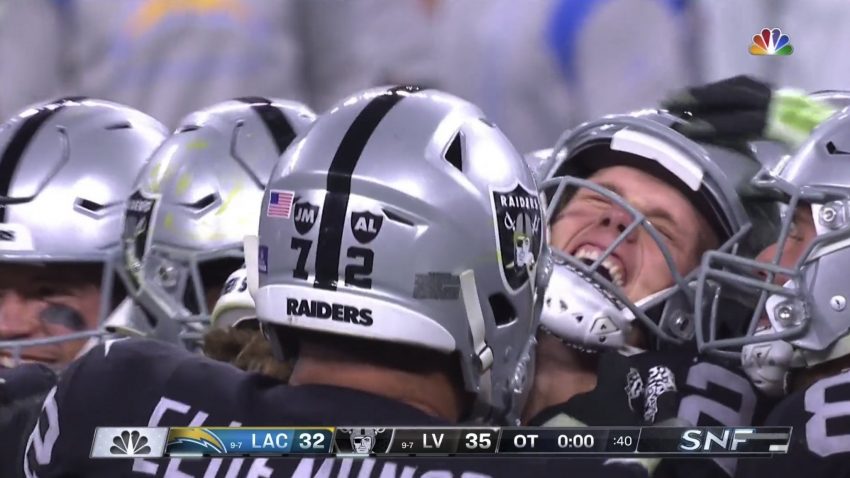 The Raiders are headed to the playoffs. Rematching the rival Chargers in an unofficial postseason game to close the 2021 regular season, Vegas survived a heroic late-stage comeback from Justin Herbert and Co., with Daniel Carlson’s overtime field goal sealing a 35-32 win and punching the club’s ticket to the playoffs.

Vegas started Sunday night hot, opening with a 10-0 lead and later owning a 15-point advantage thanks to a big night from both Josh Jacobs (132 yards) and their pass rush. Herbert, meanwhile, stole the spotlight down the stretch, emerging as a fourth-down magician to rally L.A. back and force overtime. Both sides traded field goals in the extra frame before Jacobs marched Vegas past midfield, and only as time expired did Carlson hit the field goal, though a 32-32 tie would’ve sent both squads to the playoffs.