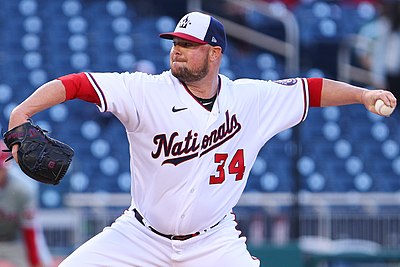 He made 30 or more starts 12 times during his career and 28 during his final season split between the Washington Nationals and St. Louis Cardinals.

His résumé includes five All-Star appearances and a 2.51 postseason ERA.

Lester, 38, told ESPN that his body just isn’t up for the rigors of a major league season anymore. “It’s kind of run its course,” Lester said. “It’s getting harder for me physically. The little things that come up throughout the year turned into bigger things that hinder your performance.

“I’d like to think I’m a halfway decent self-evaluator. I don’t want someone else telling me I can’t do this anymore. I want to be able to hand my jersey over and say, ‘Thank you, it’s been fun.’ That’s probably the biggest deciding factor.”

Lester played for the Boston Red Sox, Oakland Athletics, Chicago Cubs,Washington Nationals and St. Louis Cardinals. Less than two years after being diagnosed with lymphoma, Lester started and won the final game of the 2007 World Series for the Red Sox, and in May 2008, pitched a no-hitter against the Kansas City Royals. He helped lead the Red Sox to another championship in 2013, and he won the 2016 World Series with the Cubs.

NEWS at ESPN: 3-time World Series champion Jon Lester is retiring. I spoke with him and others in his orbit.
Dustin Pedroia: “Anytime he had the ball in a big game, you were going in for an 80-minute massage. You were in good hands.”
Story here: https://t.co/4gQlF56G6g