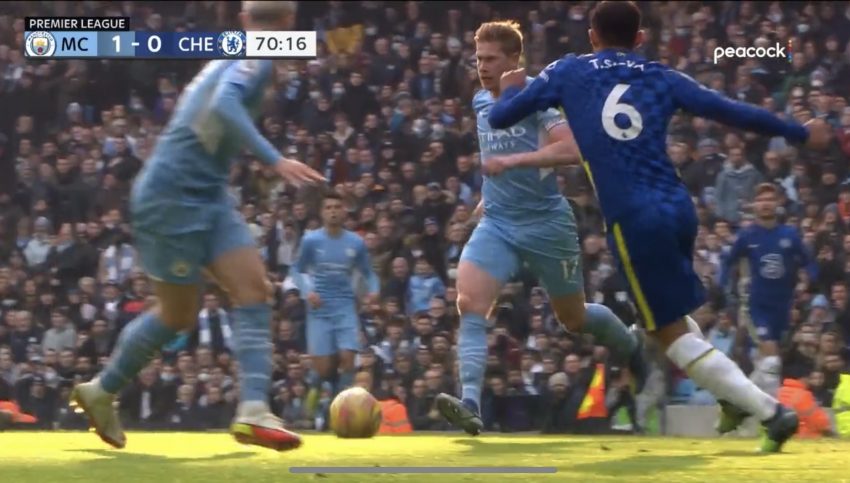 Manchester City have likely ended any hopes Chelsea had of winning the Premier League, beating the Blues 1-0 on Saturday to push their lead atop the table to 13 points. City, in winning their eighth game in a row in all competitions and 12th straight in the league, got a second-half winner off a brilliant strike from Kevin de Bruyne in a match where Thomas Tuchel’s team could do next to nothing.

🤔 Would he start for Man City? Click the image below for our take ahead of #MCICHE

Kevin De Bruyne with the curler 💫