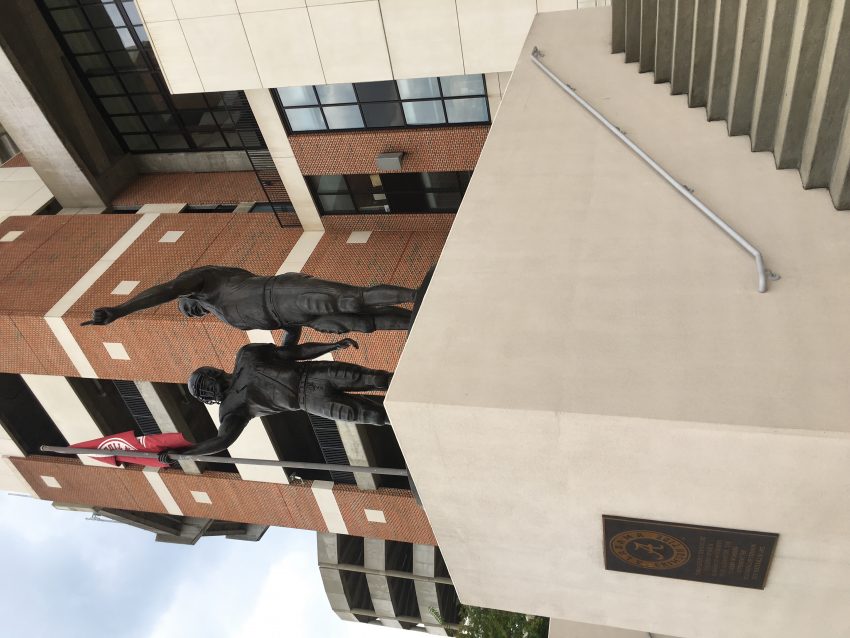 Below are some key points that stood out to me going into this season for each team in the SEC Western Division. The teams are listed in order of how I expect them to finish.

• Brian Robinson Jr emerging as the other RB, but who will be the 3rd option?

• Jerry Jeudy, Jaylen Waddle, Henry Ruggs III, and DeVonta Smith combined for 3,597 yards and 38 TDs. They averaged 17.65 yards per catch. If that’s not enough, should they need a little extra, freshman John Metchie can step in. If you’re not familiar, go watch the A-Day Game. He exploded onto the scene catching 5 passes for 133 yards and MVP of the game honors.

• Terrell Lewis and Trevon Diggs are the two most anticipated returnees after missing all or some of the 2018 season.

• Will Coach O finally go to the next level?

• Boasting of dynamic offense with the hire of Joe Brady, but has to prove it

• Will Joe Burrow be elite? WR Justin Jefferson can help his case

• Who will replace Nick Brossette? Clyde Edwards-Helaire is the most talented RB. Talented freshman John Emery will share duties

• The Aggies will go as far as Kellen Mond will take them. Will this be his year?

• Hardest schedule in the nation other than South Carolina •

• Justin Madubuike is one of the best DL in the country

• Will start freshman Bo Nix. Very talented, but how long will it take him to adapt to the SEC?

• A bit of a wildcard

• Kylin Hill is one of the better RBs in the SEC, very underrated

• Cam Dantzler great CB, should be in the NFL next season

• Matt Corral showed flashes of being a breakout player

• MUST improve on horrible defense

• Has something to play for now that bowl ban is removed