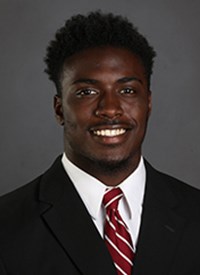 As of late, it seems that the University of Alabama has a curse on it when it comes to players at the LB position. In 2017, Alabama lost Christian Miller and Terrell Lewis for the majority of the season to injury. However, they would return in the postseason. In 2018, LBs Terrell Lewis and Christopher Allen would miss the entire season to injury without returning. This incredible streak continues with the loss of Star LB Dylan Moses, who will miss the 2019 season due to an ACL tear.

This serves as a tough blow to the Crimson Tide. The junior and former Butkus Award finalist tore his ACL in a practice last night. This news comes after already losing 5th year Senior LB Josh McMillon for the season to knee injury during fall camp. Christian Harris, a highly touted freshman, will replace McMillon. While Moses’ replacement has not been named, one would think that Shane Lee, Jaylen Moody, or perhaps Ale Kaho would be the next man up. Both Lee and Moody had outstanding springs, but will it translate onto the field in the regular season?

The mystery surrounding the trials of those playing LB at Alabama continues. Most on the outside looking in would make the ridiculous statement, “Just plug in another 5-star”. While the Crimson Tide have a wealth of 4 and 5-star players, it’s hard to replace a Pre-Season All-American, Butkus Award nominee, defensive captain, top NFL prospect, and indispensable veteran leader of the team. How will Nick Saban and company respond to this monumental loss? We shall soon find out. Prayers for Dylan Moses!