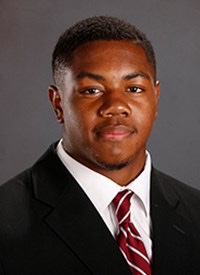 LaBryan Ray, will be out for at least six weeks, who reinjured his foot in the South Carolina game and underwent surgery.

As great a coaching job as 2017 was for Nick Saban, to win a CFP Trophy this year would be nothing short of remarkable.

Alabama is down its captain on defense (Dylan Moses), a veteran linebacker (Joshua McMillon) and now, LaBryan Ray had surgery. Freshmen are in BIG spots.