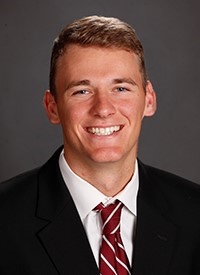 As the Iron Bowl approaches, Mac Jones is starting for Alabama against the Auburn Tigers. Jones has weapons around, but he’ll be playing against an Auburn defense that has only allowed up to 24 points. Nick Saban, Alabama Head Coach, and former Florida quarterback had nice things to say about Mac Jones during College Game today. Here’s what they have to say:

“I think Mac’s had a nice week of practice and I think he’s starting to assume the role of leadership and be a commander,” Saban said during Saturday’s appearance on College GameDay. “I think he has to play within himself. It’s very important, because their defense is very good, that the people around him play well too.” – Nick Saban

“Well, I think Mac Jones is a lot better than people give him credit for,” Tebow said this week. “Every time he’s entered the game he’s done a really good job as a backup, and now as the starter. He’s very capable. He’s not a great athlete, but he’s a very good thrower of the football. He’s very accurate, he’s very smart. He got a scholarship for a reason. – Tim Tebow

Jones played his high school football at The Bolles School where he was coached by Corky Rogers. After originally committing to the University of Kentucky, Jones accepted a scholarship offer from Crimson Tide head coach Nick Saban and signed with the University of Alabama. Jones arrived in Tuscaloosa as an early enrollee, but redshirted his freshman season in 2017. Jones, according to Saban, continued to gain confidence and improve mechanics since his performance in the 2018 A-Day game. After throwing for 289 yards and two touchdowns in the Crimson Tide’s spring game, Jones was named A-Day MVP.

In the 2018 season, Jones appeared in 14 of the Crimson Tide’s 15 games, mostly as a holder on special teams. Jones added his name to the Alabama record book with a 94-yard touchdown pass to Jaylen Waddle, the second-longest in school history, in a win against Louisiana-Lafayette.

Alabama is favored to win the game by 3.5. Will Mac Jones come through against Auburn? Leave a comment below.