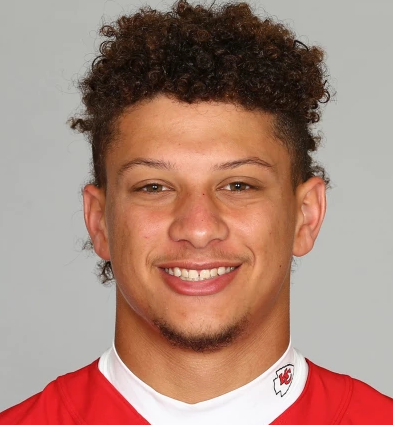 In one of the most anticipated AFC Championships in recent memory, Patrick Mahomes became a Kansas City legend by propelling his Chiefs to the Super Bowl. When it looked as if Tennessee was back to business as usual, the 2nd year quarterback settled in and turned in one of the best performances of his young career. This stunning show ended one of most improbable runs in NFL Playoffs history by the 6th seeded Tennessee Titans.

Before the game started, I felt in order to win this game, Tennessee would need to have a balanced offensive attack and, more importantly, could not play from behind. It looked as though the Titans understood my points, and established balanced play calling early on. They seemed to be in control. Derrick Henry was running well and Tannehill was finding success in the passing game. They found themselves up 17-7 after a touchdown reception by OT Dennis Kelly. However, their success was short lived as Kansas City took 2:36 to answer with a 20-yard touchdown pass from Patrick Mahomes to Tyreek Hill. The Titans’ lead was 3 with 4:03 remaining in the second quarter.

What happened next turned the tide for the Chiefs. Needing desperately to answer, their reply wasn’t what Titans fans had hoped for. Kansas City forced a 3-and-out. That gift gave Mahomes something Vrabel and his staff couldn’t afford, time. Taking just 1:40, the Chiefs marched down the field for one of the most memorable touchdowns in playoff history. Patrick Mahomes called his own number, mimicking moves seen in The Matrix and scored on a 27-yard run. As the Titans went into the locker room at half time, it seemed as though their will had been broken.

My premonition carried over into the second half as Tennessee never could establish a rhythm on either side of the ball. There were moments where they showed signs of life. The moments proved to be fleeting. Just when it seemed as though the Titans were re-emerging from the depths, the final dagger was cast. With 7:33 to go in the 4th quarter, Patrick Mahomes rifled a 60-yard pass to Sammy Watkins for a touchdown. The Titans made a little noise following that, but it was too little to late.

What was very surprising was the Titans’ decision to go away from the heart and soul of their offense, Derrick Henry. He had just a few touches and was relatively nonexistent in the 2nd half. It was a mind blowing decision by Vrabel. Henry was the unselfish work horse who pulled his team to uncharted heights. Yet, when it mattered most, he was cast aside in favor of Tannehill. I’m not trying to diminish what Ryan Tannehill has done this season. However, his success often comes when Henry is on a role. He’s just not “alpha” enough to carry the burden on his own. The Chiefs knew that and capitalized. Tannehill finished the game 21-31 for 209 yards and 2 TDs. Derrick Henry had 19 carries for 69 yards and 1 touchdown.

The Tennessee Titans had a story book run through the playoffs. However, the destiny of the Kansas City Chiefs could not be denied. Now, the AFC title is firmly in their possession and the Lamar Hunt Trophy has been returned to its namesake. Andy Reid is headed to his second Super Bowl. Based on what we’ve seen, you have to believe that Patrick Mahomes, who finished 23-35 for 294 yards and 3 TDs, is on course to become legendary. For the moment, King Henry and the Titans have been dethroned. It’s now the Chief’s kingdom. How long will they rule?