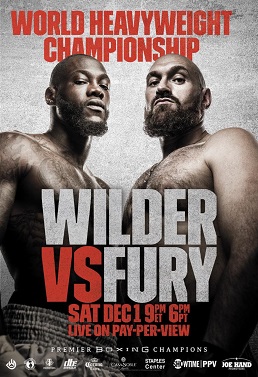 Tyler Turner from the Sports Cast and Sean Barstow from BTR Boxing Podcast, finalize their predictions of the Wilder vs Fury 2 fight.

Sean Barstow
I’m not being biased being a UK fan when I say this but I do genuinely believe Tyson fury has got the skills to nullify Deontay Wilder his right hand and I do believe he allow boxing and I do believe we’ll get a unanimous decision victory saying probably going to be 116 months well I think he’ll be I think you know, while the will get his share of the rounds in this fight, and he will cause some problems may even put him on the canvas again, but I think facts and fury could certainly get back up like he did last time and it’s probably the only month to have done that. So Tyson Fury by unanimous decision for me.