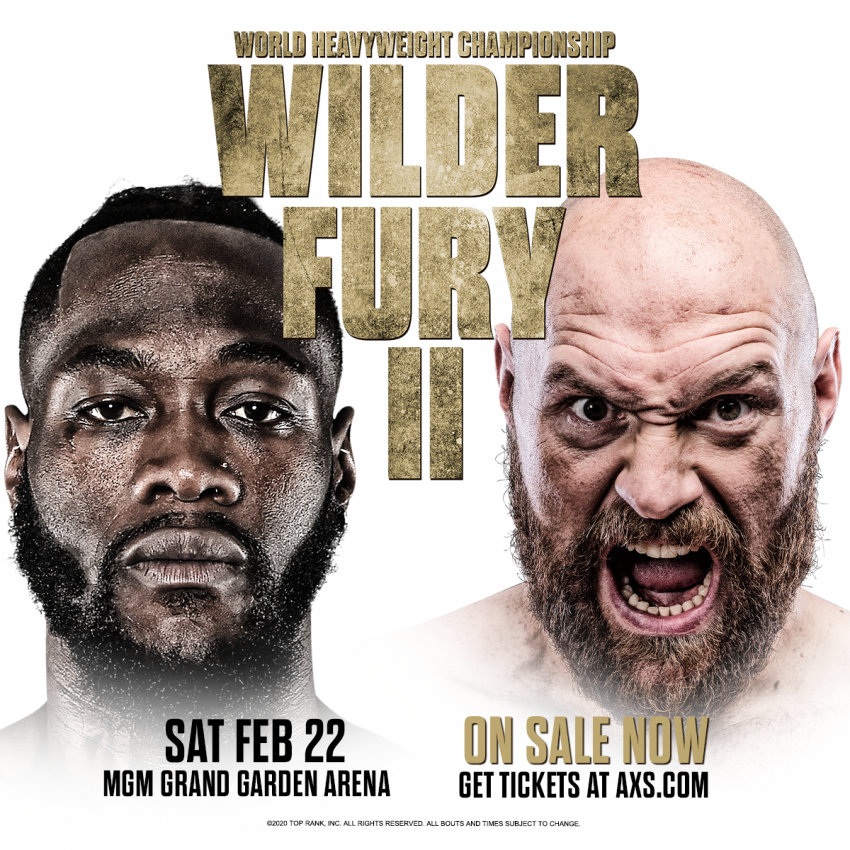 Fury battered Wilder over six-and-a-half brutal rounds, dropping him twice, and pounding on him until Wilder’s corner stopped the fight early in the seventh.

With the win, Fury became the World Boxing Council heavyweight champion, and made an emphatic statement in his case to be considered the world’s best heavyweight. The knockout loss was Wilder’s first defeat in 44 fights, while Fury improved his record to 30-0-1.

RT if you are backing @Tyson_Fury to beat @BronzeBomber tonight!