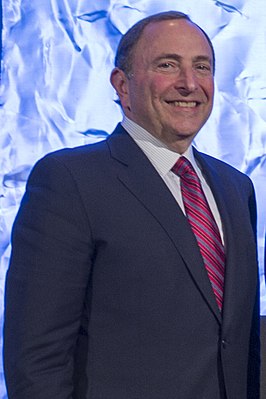 On Tuesday, NHL Commisioner Gary Bettman announced what the league’s return-to-play would look like, confirming that a 24-team playoff would take place.

The announcement was made on Tuesday afternoon, along with news of potential hub cities and how this year’s draft lottery would work.

Bettman, in a live-streamed announcement, says a 24-team format is believed to be “fair to all teams” and the “best option under the circumstances.”

Once the league has been given the go-ahead from health and government authorities, 24 of the 31 teams will resume play. The top 12 teams in each conference will be selected based on their points percentage as of March 12, when the league paused play.

The top four teams of each conference will claim automatic berths to the first round of usual 16-team playoffs. They will play intra-conference, round-robin games against the other three teams to determine seeding.

The remaining eight teams in each conference will then play in a best-of-five qualifying round series, with the four winners proceeding to the first round of the playoffs. These games will use playoff overtime rules.

Gary Bruce Bettman (born June 2, 1952) is the commissioner of the National Hockey League (NHL), a post he has held since February 1, 1993. Previously, Bettman was a senior vice president and general counsel to the National Basketball Association (NBA). Bettman is a graduate of Cornell University and New York University School of Law. Bettman was elected into the Hockey Hall Of Fame in 2018.

Under Bettman, the NHL has seen rapid growth of league revenues, from $400 million when he was hired to over $3.0 billion in 2010–11. He also oversaw the expansion of the NHL’s footprint across the United States, with seven new teams added during his tenure, bringing the NHL to 31, starting as of the 2017–2018 season. In May 2014, Bettman was named – READ MORE »