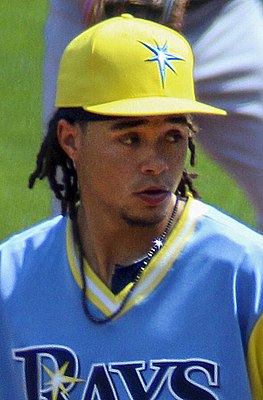 Pittsburgh announced Wednesday that 31-year-old Archer underwent surgery to relieve symptoms of thoracic outlet syndrome. The procedure was conducted on Tuesday in St. Louis, and the Pirates said Archer will not be available this season if Major League Baseball finds a way to put together a truncated schedule.

The Pirates were banking on a bounce back year by Archer, who is 6-12 with a 4.92 ERA in 33 starts since he was acquired from Tampa Bay at the 2018 trade deadline for outfielder Austin Meadows and pitcher Tyler Glasnow. Archer has struggled to find any consistency with the Pirates, while Meadows became an All-Star last season and Glasnow also blossomed.

Archer’s contract includes a $9 million salary this year, but he will receive only a portion due to the coronavirus pandemic. Pittsburgh holds an $11 million club option for 2021, with a $250,000 buyout.

Christopher Alan Archer (born September 26, 1988) is an American professional baseball pitcher for the Pittsburgh Pirates of Major League Baseball (MLB). He previously played for the Tampa Bay Rays.
Archer attended Clayton High School in Clayton, North Carolina. He was drafted by the Cleveland Indians in the fifth round of the 2006 MLB draft. After he was traded to the Chicago Cubs and then the Rays, he made his MLB debut in 2012. Archer was selected to the 2015 and 2017 MLB All-Star Games. – READ MORE »