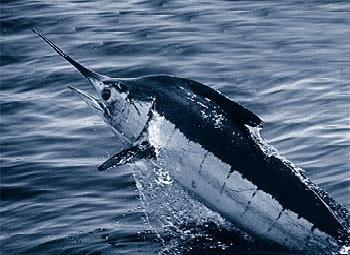 Michael Jordan and the crew on his boat, Catch 23, entered this year’s Big Rock Blue Marlin Tournament and reeled in a 442.3-pound blue marlin on Tuesday.

The Big Rock Blue Marlin Tournament is known as one of the biggest fishing events in the country. Fittingly, Michael Jordan entered the 62nd installment of the annual tournament and made an immediate impact.

Jordan and the crew on his boat, Catch 23, reeled in a 442-pound blue marlin Tuesday, the second day of the tournament in the basketball great’s home state of North Carolina.

Michael Jordan’s “Catch 23” team is in sixth place in the marlin division of the Big Rock Tournament in North Carolina.

The catch on the second day of the 62nd annual Big Rock Blue Marlin Tournament wasn't the day's biggest catch, but it got most of the attention. https://t.co/YHqHXqYOje