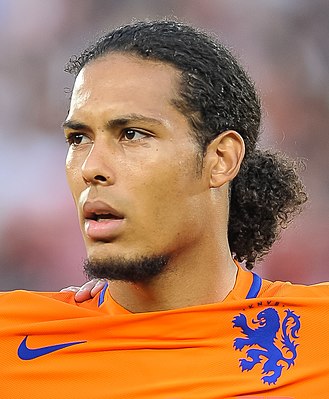 Virgil van Dijk is poised to become the highest-paid player in Liverpool’s history. The Dutch defender, who has established himself as arguably the best centre-back in the world since moving to Anf…

Virgil van Dijk is poised to become the highest-paid player in Liverpool’s history.

The Dutch defender, who has established himself as arguably the best centre-back in the world since moving to Anfield, is reportedly set to sign a new five-year contract.

The defender will sign a five-year contract extension worth a staggering $71M.

Virgil van Dijk has established himself as one of the best centre-backs in the world since moving to Anfield in 2018https://t.co/rEXErK0cGE

Virgil van Dijk (Dutch pronunciation: [vɑn ˈdɛik]; born 8 July 1991) is a Dutch professional footballer who plays as a centre-back for English Premier League club Liverpool and captains the Netherlands national team. Considered to be one of the best defenders in the world, he is known for his strength, leadership and aerial ability. In 2019 he was named the UEFA Men’s Player of the Year, and finished runner-up for the Ballon d’Or and The Best FIFA Men’s Player.After beginning his professional career with Groningen, Van Dijk moved to Celtic in 2013, where he won the Scottish Premiership and was named in the PFA Scotland Team of the Year in both of his seasons with the club, also winning the Scottish League Cup in the latter. In September 2015, he joined Premier League side Southampton before signing for Liverpool in January 2018 for £75 million, a world record transfer fee for a defender at the time. Van Dijk was involved in reaching the 2018 UEFA Champions League Final during his first spring at Liverpool. In his first full season at the club Van Dijk was named the PFA Player of the Year and the Premier League Player of the Season for the 2018–19 season. Van Dijk starred as Liverpool won the 2019 UEFA Champions League Final where he was named man of the match. The following season he played in the club’s victorious 2019 FIFA Club World Cup Final.Van Dijk made his international debut for the Netherlands in 2015 and became captain of his country in 2018. In 2018, he scored his first international goal in a 3–0 win over European champions Portugal. He later captained them to the inaugural 2019 UEFA Nations League Final where they finished runners-up.