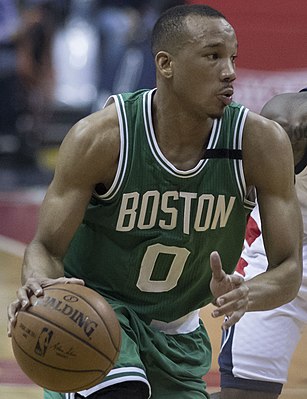 Los Angeles Lakers guard Avery Bradley has decided to sit out the NBA’s upcoming resumption of the season in Florida.

He told ESPN on Tuesday night that he wants to remain with his wife and three children, including a 6-year-old son with a history of respiratory illnesses. By sitting out, Bradley figures to lose a projected $650,000 in salary.

Bradley averaged 8.6 points and 2.3 rebounds while starting 44 games before the season was shut down in March due to the coronavirus. The Lakers are the No. 1 seed in the Western Conference heading into the 22-team restart.

JR Smith is the leading candidate to join the Lakers after Avery Bradley opted out, per @wojespn pic.twitter.com/O24IGb39X1

Avery Antonio Bradley Jr. (born November 26, 1990) is an American professional basketball player for the Los Angeles Lakers of the National Basketball Association (NBA). He played college basketball for the Texas Longhorns before being drafted 19th overall by the Boston Celtics in the 2010 NBA draft. With the Celtics, he was twice recognized as an NBA All-Defensive Team member. Bradley has also played for the Detroit Pistons and Los Angeles Clippers. – READ MORE »