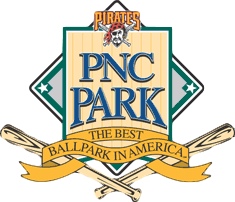 The Toronto Blue Jays are expected to play a majority of their home games at PNC Park in Pittsburgh this season, sources confirmed to ESPN, after federal officials in Canada refused to let the team host games at the Rogers Centre.

An official announcement is pending approval from the state of Pennsylvania, according to SportsNet, which first reported the news.

Canada’s government denied the Blue Jays’ request to play in Toronto because the regular-season schedule would require frequent travel from the United States, where COVID-19 cases are surging. The other 29 major league teams plan to play the pandemic-shortened, 60-game season in their home ballparks, without fans

Can confirm the Blue Jays have been told they will be calling PNC Park “home” this season per MLB source. @longleysunsport was first to suggest Pittsburgh as option.

Pittsburgh’s beautiful PNC Park looks increasingly likely to be the Jays’ home park in 2020. MLB could possibly massage the schedule to alleviate the few home days in conflict. @JMackeyPG noted only 7 home dates for Pirates and Jays conflict.