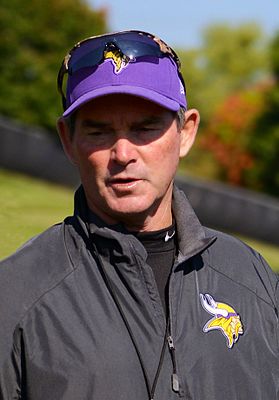 There has been frequent speculation about Zimmer’s long-term future with the organization, and his 2-3 playoff record has been the subject of some scrutiny. His standing improved after his road win over the New Orleans Saints during last season’s playoffs, though, and the Vikings are clearly content to keep him around for a while longer.

The #Vikings are finalizing a multi-year contract extension with coach Mike Zimmer, per sources.

Michael Zimmer (born June 5, 1956) is an American football coach who is the head coach for the Minnesota Vikings of the National Football League (NFL). He previously served as defensive coordinator for the Cincinnati Bengals, Atlanta Falcons, and Dallas Cowboys. – READ MORE »