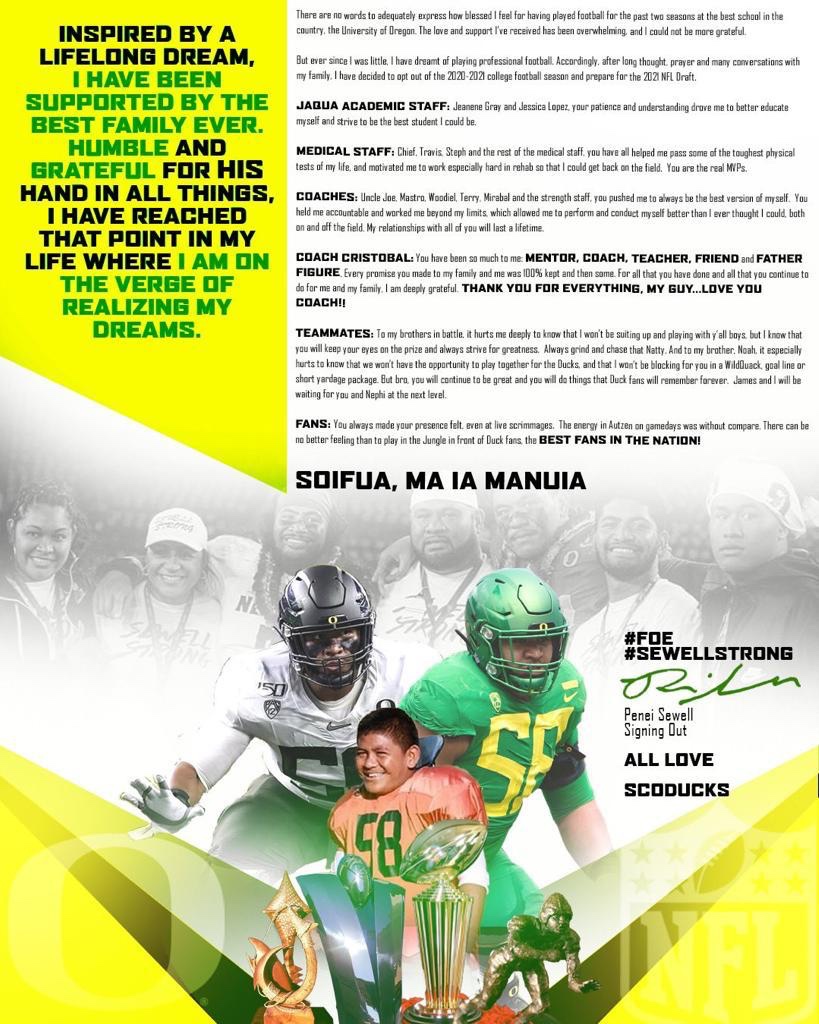 Oregon star offensive lineman Penei Sewellannounced Monday that he will opt out of the Ducks’ upcoming season to prepare for the 2021 NFL Draft. Sewell is considered a lock to be selected in the first round of the draft, and his departure will be a blow to an offense replacing its quarterback and four other offensive line starters.

“There are no words to adequately express how blessed I feel for having played football for the past two seasons at the best school in the country, the University of Oregon,” Sewell wrote. “The love and support I’ve received has been overwhelming, and I could not be more grateful. But ever since I was little, I have dreamt of playing professional football. Accordingly, after long thought, prayer and many conversations with my family, I have decided to opt out of the 2020-21 college football season and prepare for the 2021 NFL Draft.”

Sewell was one of only three unanimous first-team 2019 CBS Sports All-Americans after his sophomore season as he helped lead the Ducks to a 12-2 record and Rose Bowl victory over Wisconsin. Sewell allowed just one sack in two seasons as a starter at Oregon. He earned the Outland Trophy for his efforts last season as the best lineman in the country.