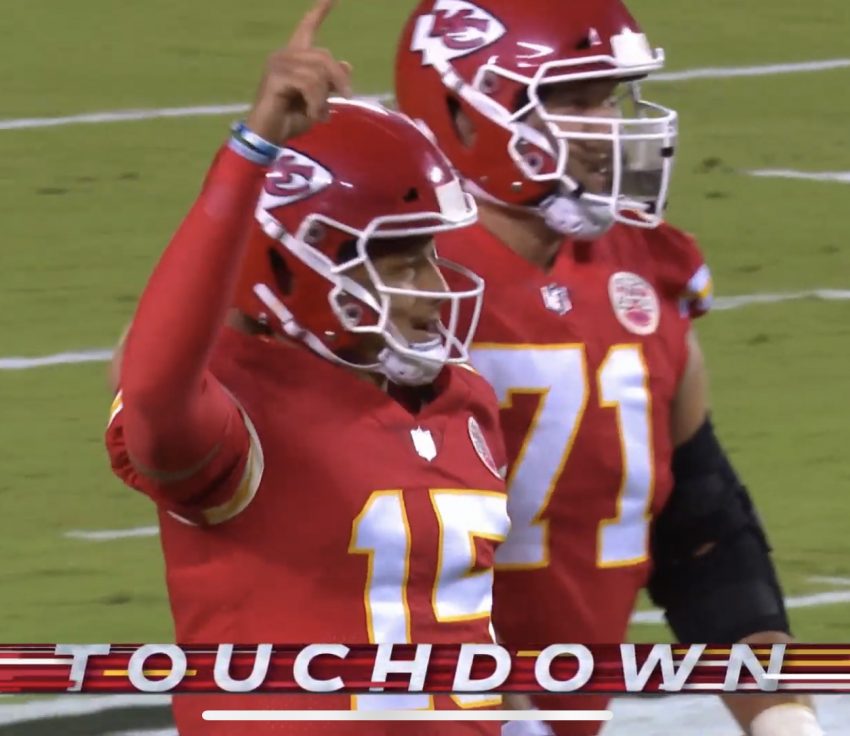 Patrick Mahomes threw for 211 yards and three touchdowns, Clyde Edwards-Helaire ran through the rain for 138 yards and another score, and the Chiefs began defense of their first championship in 50 years by beating the Houston Texans 34-20 on Thursday night before a socially distanced crowd of about 17,000 due to the coronavirus pandemic.

Travis Kelce, Sammy Watkins and Tyreek Hill each caught TD passes for the Chiefs. They have won 10 straight dating to last season. That run includes a come-from-behind 51-31 victory over the Texans in the divisional round of the playoffs.

“I’m proud of our players but I’m also proud of our fans. They came out there. They were loud,” said Chiefs coach Andy Reid, who claimed he didn’t notice some booing from fans during a pregame moment of unity involving both teams.

“Obviously, our players, both sides of the ball and special teams , I thought they were solid,” Reid continued. “For the first game there were some good things that were done, some great individual performances.”

The Chiefs and Texans lock arms in a moment of unity.

The fans react by booing.

It wasn’t the National Anthem. It wasn’t even a protest. They booed “unity.”

This country is broken.