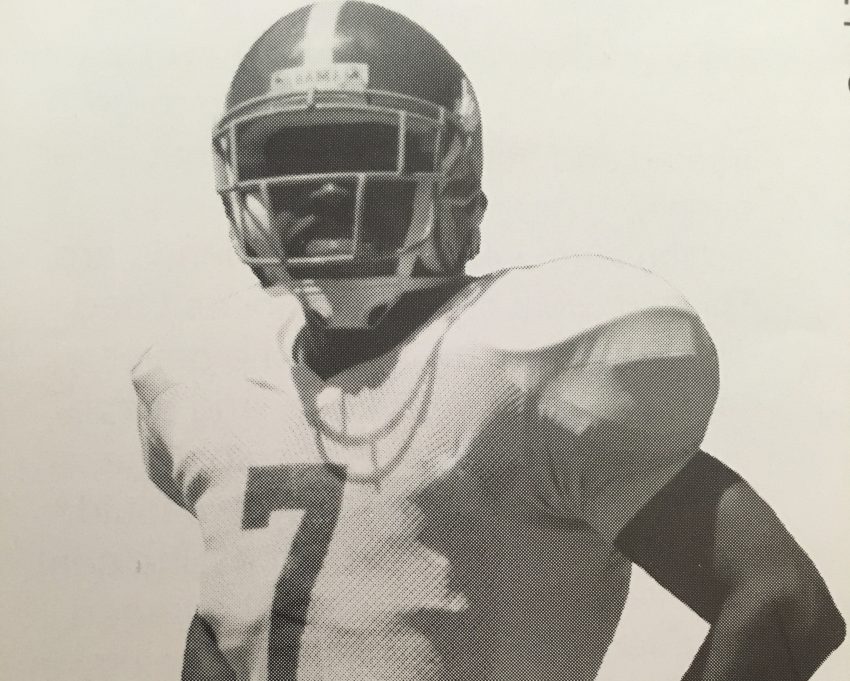 Kevin Jackson was on top of the recruiting world during his senior year at Northview High School. Several of the “big name” schools were vying for Jackson’s commitment to their program. Among them was the University of Alabama and Florida State University. At that time, both were college football powerhouses. Having him join the fold would certainly assure their continued dominance.

Initially, Kevin chose FSU as his collegiate destination. Little did he know, things were about to come to a drastic stop. Against Vigor in the 2nd round of the state playoffs, he and his team found themselves down 14-7 in the 4th quarter. It was 3rd down, and the call was a quick pitch-out play to Jackson, who played both offense and defense at that time. What would happen next would forever alter his career as a football player.

“I hurdled the first player, and while I was still in the air, somebody grabbed my shoe. I just came down wrong and tore up my knee. The physical pain was the worst I’d ever experienced, but nothing would compare to the mental anguish. I remember thinking, ‘It’s over,’” Jackson said.

Shortly thereafter, Jackson would receive the prognosis that he dreaded the most from doctors. His career was over. While the medical staff may have the book knowledge when it comes to evaluating patients, they did not know Kevin Jackson well at all. This answer was not acceptable. He wasn’t about to concede to the doctor’s proclamation. This was largely in part due to the values imparted to him by his mother. “I was raised right. My mother instilled in me the belief that if you love something, you don’t quit no matter what. When the doctors first said my football career was over, I refused to accept it,” Kevin said.

At that point, it was on to the famed world-renowned surgeon, Dr. Jim Andrews at HealthSouth in Birmingham. For those of you who are unaware of his brilliance, Dr. Andrews is responsible for medical miracles that have saved as well as extend the careers of athletes in all arenas. If Jackson’s journey were to continue, they would have to employ his aid. After 12 hours of surgery, another miracle had occurred. Jackson was “as good as new”. Now, it was time to get back to business.

However, much to his disappointment, teams that once begged for his employment were nowhere to be found. That is, all but one. “The next week after I got hurt, I had one team that called. After surgery, I woke up that next morning and looked over to my left-hand side. Coach Stallings was sitting right there. He said ‘I don’t care if you play another down again. I want you at the University of Alabama’. My mom said at that point, ‘I want you going there’. Everyone…Florida, Florida State, Notre Dame, Mississippi State, Ohio State, all those teams, I never heard anything from them,” Kevin stated.

His mind had been made up. The loyalty of Gene Stallings won the day for Kevin Jackson and his family. He would not go to Tuscaloosa right away though. Stallings instructed him to go the route of junior college first in order to “get himself together”. That landed him in the small town of Ellisville, Mississippi, home of Jones Junior College. It was there that Kevin would begin his long journey back.

While at Jones, things would escalate quickly for Jackson. Not only did he gain back his 4.39 speed, but he also gained back the notoriety he had been accustomed to while in high school. Once more, he achieved 1st team Junior College All-American and Player of the Year honors. As expected, all the schools who once abandoned Kevin Jackson reared their heads again. Suddenly, their belief had been restored.

The school Kevin Jackson originally committed to, Florida State, decided they too would come back into the picture. Former Seminole defensive coordinator Mickey Andrews informed the coaching staff at Jones that he would be coming personally to visit with Kevin. Due to their disloyalty, Kevin wanted nothing of it. He instructed his coaches to tell Andrews not to make the trip. However, it did not stop the determined coordinator and he came any way. Upon hearing of his arrival, he said this to his coach, “Coach, I told you that I was not going over there. I’m gone. I don’t have anything to say to those guys. They weren’t there for me at a time that I needed them. Coach Stallings was. That’s where I’m going. Say he’s already committed to the University of Alabama and that’s it!”

Kevin’s transition to Alabama came with growing pains. In contests against Vanderbilt, Southern Miss, and Arkansas, he either struggled or played sparingly. As a matter of fact, during those 3 games, Andre Short, who held his position, was playing at a high level. He had 3 interceptions through those contests. At that point, he was at a crossroads. It seemed like his Alabama career was over before it really started. He became frustrated and the thought of transferring was looming on the horizon. He decided to take a long, hard look at himself and his situation. At that point, he began to spend a lot of time in prayer to carefully weigh his decision. Shortly thereafter, God revealed to him that not only needed to stay, but also what needed to do. “After the Arkansas game, I had a long talk with God, which resulted in a major attitude adjustment. I decided to quit blaming others for my fate. It’s all about your attitude and priorities. Once I changed my attitude, I did much better,” Kevin stated.

Jackson would get another opportunity in their upcoming matchup against the Georgia Bulldogs. Defensive coordinator Bill Oliver gave him the news that he would be starting in that game. Little did he know, his fortunes were about to greatly change.

Shortly before the game, his fellow teammate and current head coach of the University of Tennessee, Jeremy Pruitt, made a bold prediction. I asked him about that very moment in my recent podcast. “Jeremy Pruitt said ‘Kevin I have a really good feeling about this game. You are going to have 2-3 interceptions in this game. I’m for real. This is going to be your breakout game.’ I said, I hope it is, but hush,” Jackson said.

God’s timing isn’t our timing, but He is right on time. In the Georgia game for Kevin, that would be his time. He would go on to have one of the most remarkable performances in SEC history. In that contest alone, he registered 14 tackles, 3 interceptions, and a touchdown. One of those interceptions came from a throw by future All-Pro Hines Ward. 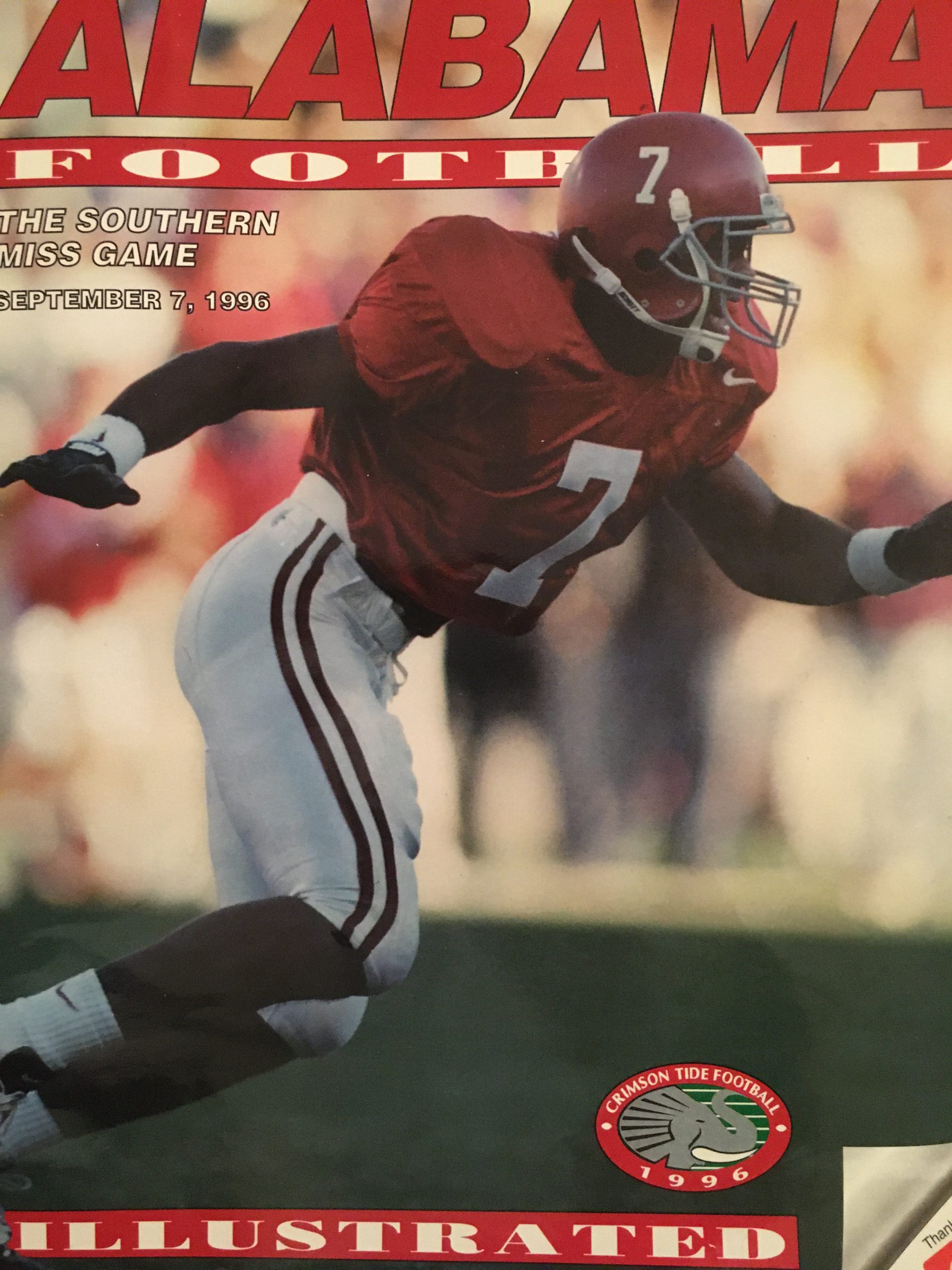 From point forward, Jackson would never look back. He went on to become one of the greatest players at his position not only in school history, but league history as well. Kevin attained accolades such as back-to-back All-SEC honors, back-to-back All-American honors, and guided his team to a Western division title. For his efforts, he would later be named by Sports Illustrated as one of the greatest players to ever play for the University of Alabama.

Enduring circumstances like what Kevin Jackson endured would have broken most people. They would chosen to step away and refused to fight. That was not so for Kevin Jackson. He refused to be bitter and saw his situation as a blessing. “I firmly believed that the Lord helped me use that unfortunate situation for good. If it hadn’t been for the injury, I wouldn’t have ended up at Alabama, which is where I belonged,” Kevin stated. 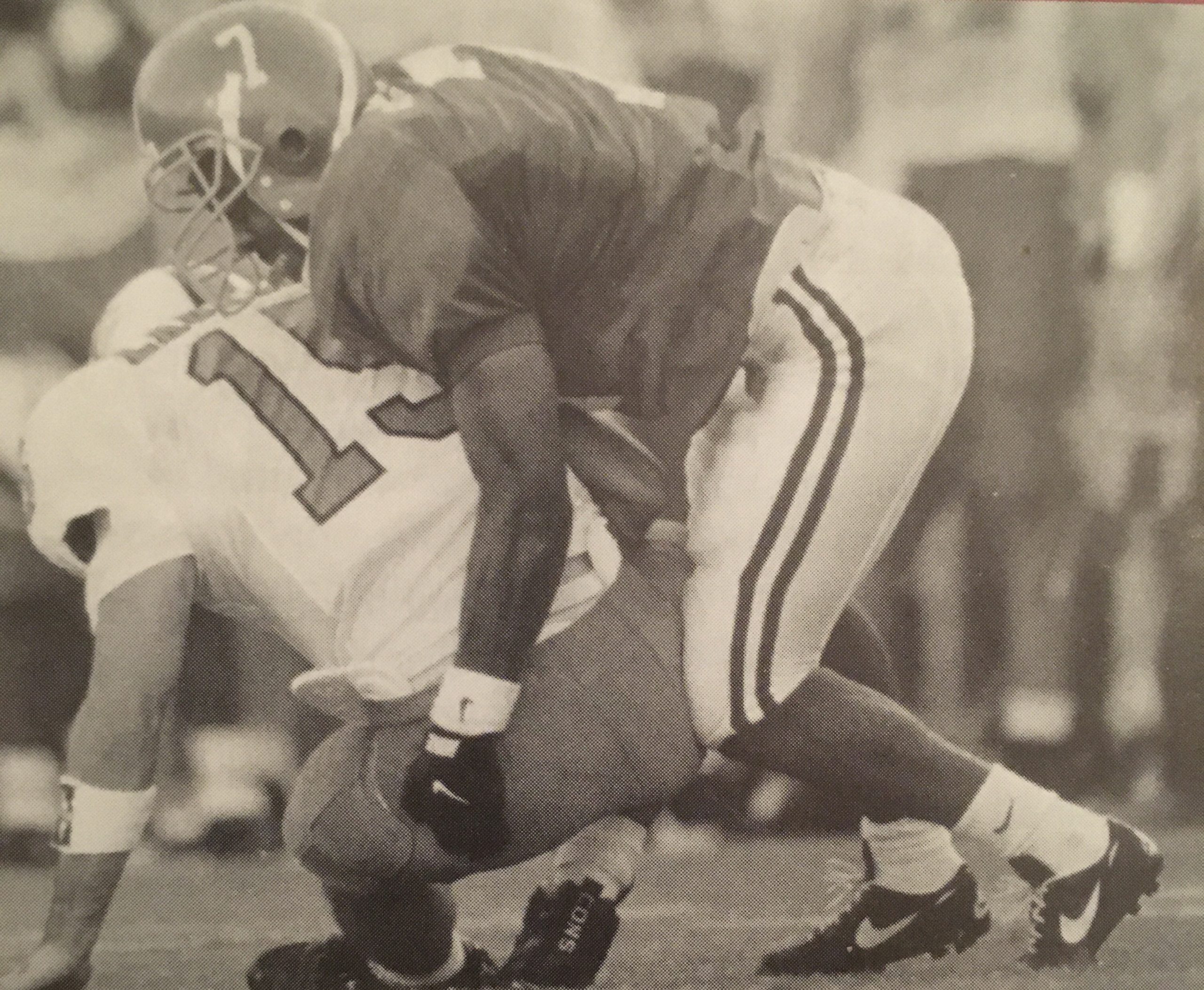 Romans 8:28 says it best, “And we know that in all things, God works for the good of those who love Him, who have been called according to His purpose.” God purposed Kevin to endure an unrelenting trial in order lead him to an incredible good. That ultimately landed him in Tuscaloosa where he forged a legacy that would never be forgotten.