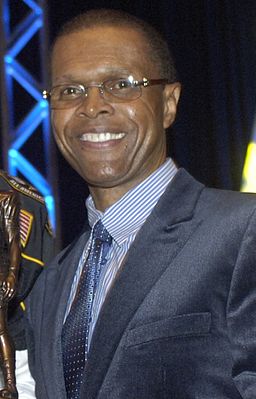 Chicago Bears Hall of Fame running back Gale Sayers, one of the most electrifying players in NFL history, died Wednesday. He was 77.

“All those who love the game of football mourn the loss of one of the greatest to ever play this game with the passing of Chicago Bears legend Gale Sayers,” Baker said in a statement. “He was the very essence of a team player — quiet, unassuming and always ready to compliment a teammate for a key block. Gale was an extraordinary man who overcame a great deal of adversity during his NFL career and life.

In a brief but highly productive NFL career, Sayers spent seven seasons with the Chicago Bears from 1965 to 1971, though multiple injuries effectively limited him to five seasons of play. He was known for his elusiveness and agility, and was regarded by his peers as one of the most difficult players to tackle. Nicknamed the “Kansas Comet”, Sayers played college football for the Kansas Jayhawks football team of the University of Kansas, where he compiled 4,020 all-purpose yards over three seasons and was twice recognized as a consensus All-American. In his rookie NFL season, he set a league record by scoring 22 touchdowns—including a record-tying six in one game—and gained 2,272 all-purpose yards en route to being named the NFL’s Rookie of the Year. He continued this production through his first five seasons, earning four Pro Bowl appearances and five first-team All-Pro selections. A right knee injury forced Sayers to miss the final five games of the 1968 season, but he returned in 1969 to lead the NFL in rushing yards and be named the NFL Comeback Player of the Year. An injury to his left knee in the 1970 preseason as well as subsequent injuries kept him sidelined for most of his final two seasons. His friendship with Bears teammate Brian Piccolo, who died of cancer in 1970, inspired Sayers to write his autobiography, I Am Third, which in turn was the basis for the 1971 made-for-TV movie Brian’s Song. Sayers was inducted into the Pro Football Hall of Fame in 1977 at age 34, and remains the youngest person to receive the honor. He was named to the NFL’s 75th Anniversary Team as a halfback and kick returner, the only player to occupy two positions on the team. For his achievements in college, he was inducted into the College Football Hall of Fame the same year. His jersey number (40/48, respectively) is retired by both the Bears and the University of Kansas. Following his NFL career, Sayers began a career in sports administration and business, and served as the athletic director of Southern Illinois University from 1976 to 1981.