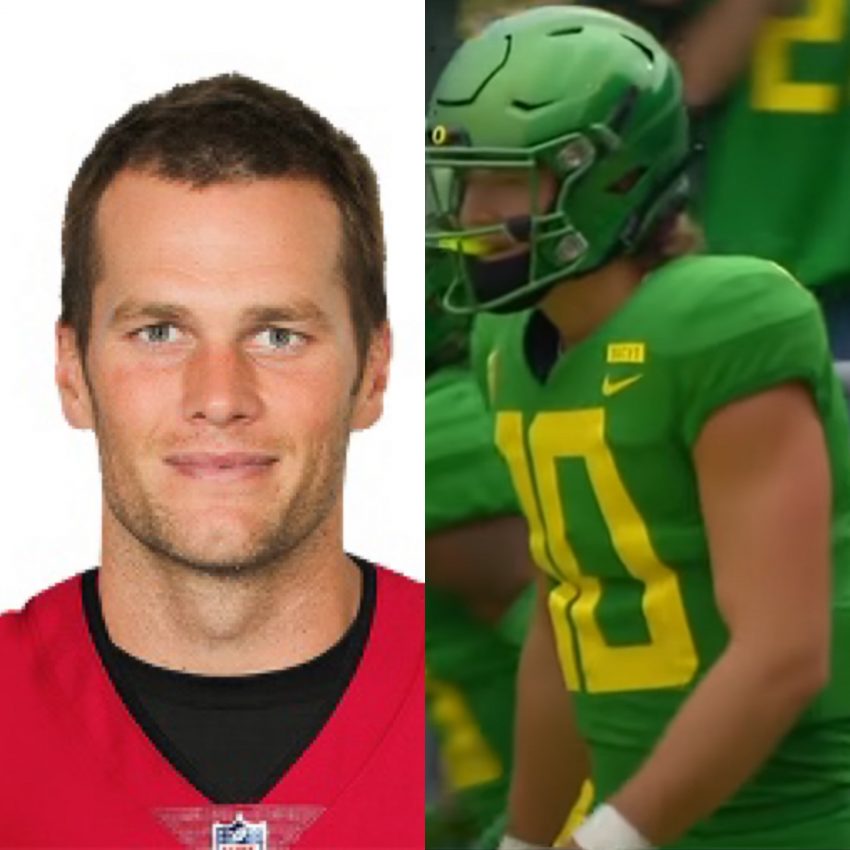 In the battle of old vs. new, veteran quarterback Tom Brady came out on top in Sunday’s matchup between the Tampa Bay Buccaneers and Justin Herbert’s Los Angeles Chargers — showing the rookie just how he got those six Super Bowl rings.

Herbert, the No. 6 overall draft pick who got his start after Tyrod Taylor suffered an injury in Week 1, told reporters on Friday that he grew up being “a huge Tom Brady fan.”

Late in the second quarter with just 28 seconds left at 3rd and goal, Brady connected with Mike Evans to cut the lead down to 24-14. The Buccaneers returned for the second half ready to comeback; Brady threw a deep 28 yard touchdown pass to tight end O.J. Howard.

With 22-year-old Justin Herbert starting for the Chargers today against 43- year-old Tom Brady & the Buccaneers, it will mark the first time since at least 1950 that there was an age gap of 20+ years between opposing starting quarterbacks.