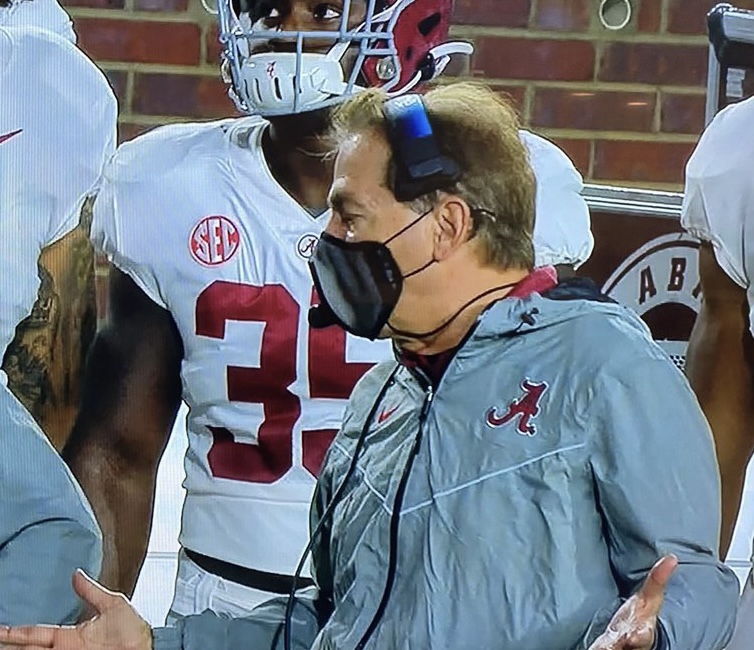 Alabama football coach Nick Saban, per SEC protocol, has been cleared to return to the sideline for Saturday night’s showdown against No. 3 Georgia following his third consecutive negative test for COVID-19, the school announced.

Alabama team physician Dr. Jimmy Robinson said in a statement that Saban had negative polymerase chain reaction (PCR) tests at 7 a.m. on Thursday, Friday and Saturday following an initial positive test Wednesday. The school added two additional PCR tests, from Thursday and Friday, were taken “out of an abundance of caution” and also were found to be negative at a separate lab.

“Due to the fact that Coach Saban has remained completely symptom-free and had five negative PCR tests, split between two separate labs, the initial test from Wednesday is considered a false positive under the SEC protocols,” Robinson said. “… In accordance with the SEC Return to Activity and Medical Guidance Task Force Protocol and with the approval of The University of Alabama System Health and Safety Task Force, Coach Saban is medically cleared to safely return to activity effective immediately.”

Saturday morning’s test was flown to an SEC-approved lab in Mobile, Alabama, for a quick turnaround.