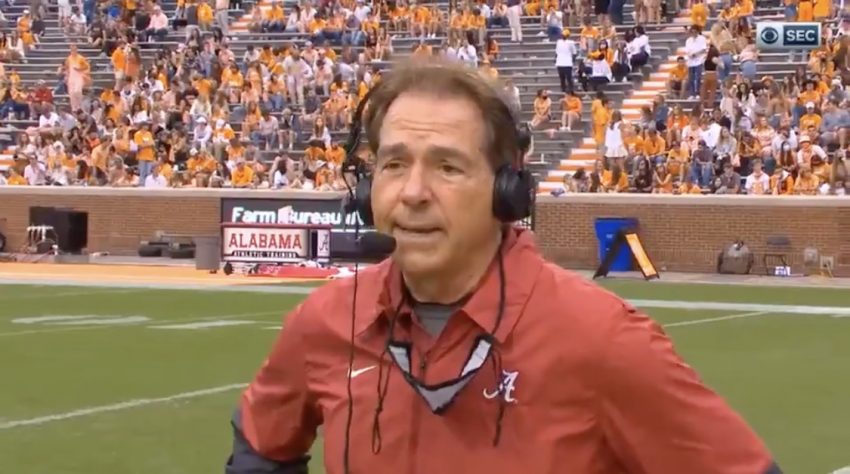 Alabama lost one of its top playmakers on the very first play of Saturday’s game against Tennessee as wide receiver and returner Jaylen Waddle suffered an ankle injury on the opening kickoff. Coach Nick Saban later said Waddle will be out for the year.

“It’s really a sad time for me, for Jaylen Waddle and his family,” Saban said. “He’s got a very similar injury to what Kenyan Drake had (in 2014). It’s a high ankle sprain but also a fracture, so they’ll probably have to do surgery on him. We’re gonna fly him back privately with doctors and take him right to Birmingham and see what we have to do right away. But that’s the case — and we’re pretty certain that it is — that he would probably be out for the year.

“The guy’s a great player. He’s a great teammate. He’s an exciting player to watch. Hate that people in college football can’t see a great player the rest of this season.”

Nick Saban tells @JamieErdahl that Jaylen Waddle will be out for the year after injury vs. Tennessee. pic.twitter.com/HYcExcqayo