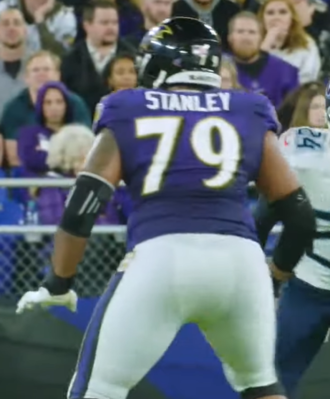 The Ravens signed left tackle Ronnie Stanley to a five-year extension, which keeps the All-Pro under contract through the 2025 season.

Staley was playing in the final year of his rookie deal and was eligible to test the free-agent market in 2021.

“We are excited to announce a five-year contract extension with Ronnie Stanley through the 2025 season,” Ravens executive vice president and general manager Eric DeCosta stated. “Ronnie is the mainstay on our offensive line. He’s a shutdown left tackle who excels on the field and in our community. This is just the beginning for Ronnie, and we could not be happier for him and his family.”

Stanley was drafted by the Ravens 6th overall in the first round of the 2016 NFL Draft and earned Pro Bowl and first-team All-Pro honors in 2019.