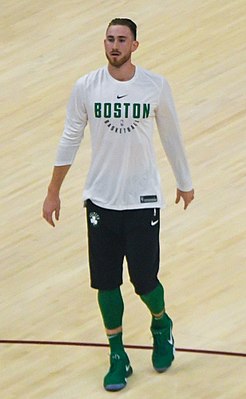 Hayward became a free agent Thursday after declining his player option with the Boston Celtics for next season.

Gordon Hayward is signing a 4-year, $120 million contract with the Charlotte Hornets, per @wojespn.

Charlotte signed Gordon Hayward Hayward to an offer sheet that Utah eventually matched in 2014. Six plus years later, the Hornets got him.