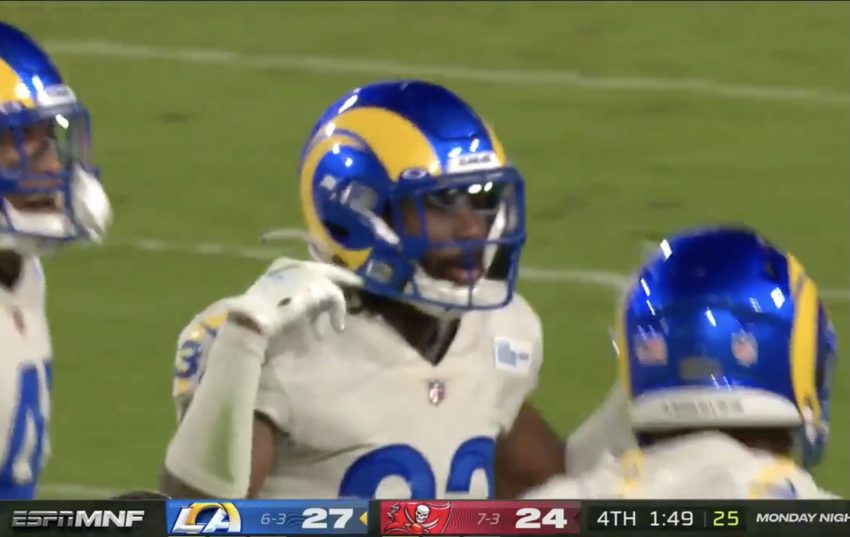 The Los Angles Rams defeated the Tampa Bay Buccaneers 27-24. For the Rams Jared Goff played fantastic, he completed 76.5% of his passes and threw for 376 yards with 3 TD. Cooper Kupp had a great game as well, he added 145 yards and was Goff primary target all game. The Rams played a close game between them and the Bucs. It came down to the defense pressuring Brady and on the final play Brady Threw an interception.

The Tampa Bay Buccaneers were carried by their defense all game because their offense was bad all night. Tom Brady had 216 yards but threw 2 interceptions which one of those interceptions cost his team the game. The more the season progresses the more Brady looks his age. Antonio Brown had a quiet night only getting 57 yards, he wasn’t focused dropping couple of passes on 3rd and long. It seems the Bucs are the most inconsistent football team in the NFL, which says a lot for team many thought would win the SuperBowel.