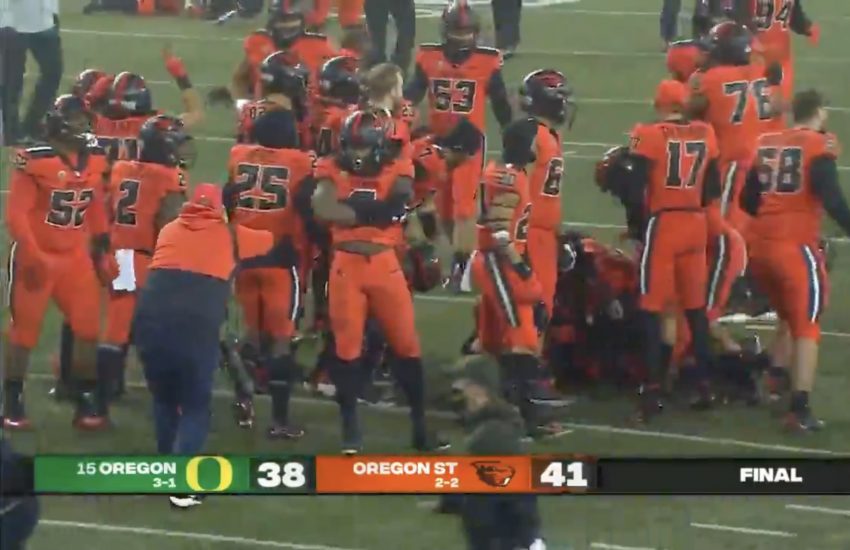 No. 15 Oregon and Oregon State wrote a dramatic new chapter in their football rivalry on Friday night as the Beavers escaped with a 41-38 victory on a foggy night at Reser Stadium on the Oregon State campus. Backup quarterback Chance Nolan put the Beavers ahead on a quarterback sneak with 33 seconds left on the first snap of his Oregon State career after entering for injured starter Tristan Gebbia.

Oregon State held on and improved to 2-2 when No. 15 Oregon’s last-ditch effort failed in the final seconds. Oregon State players then stormed the field in celebration of their first win in the rivalry since 2016.

The loss likely killed Oregon’s playoff dream and Oregon State finally breathed some life back into the in-state rivalry. https://t.co/ROjyPEkluj