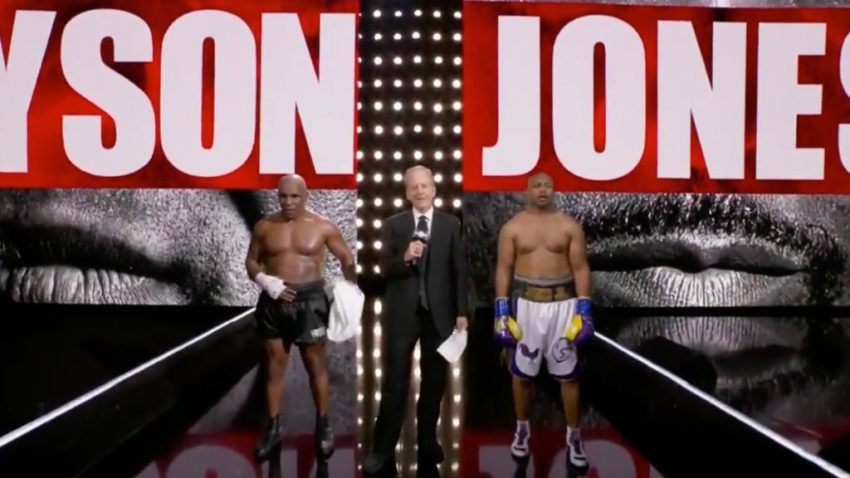 Mike Tyson didn’t score a knockout against Roy Jones Jr., but he looked formidable in his return to the ring for an eight-round exhibition.

Tyson looked aggressive from the outset and stalked Jones, 51, through most of their eight-round exhibition fight at Staples Center.

But Jones remained on his feet when the final bell rang — and three former WBC champions scored the bout a draw.

“I’m glad I got this under my belt,” said Tyson, who also said he was good with the draw “because I entertained the crowd.”

Mike Tyson and Roy Jones Jr. weigh in and come face-to-face before their fight tomorrow.