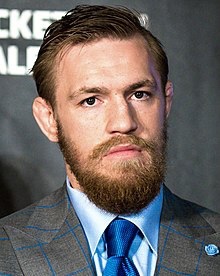 Shortly after the main event at UFC 250 on Saturday night, Conor McGregor announced that he’s “decided to retire from fighting” on social media. McGregor’s last fight after a year away from the Octagon came in January when he beat Donald Cerrone in a welterweight bout at UFC 246 via technical knockout 40 seconds into the first round.

McGregor first decided to step away from fighting in 2018 before returning to battle. His career record in MMA is 22-4.

“Hey guys I’ve decided to retire from fighting,” McGregor wrote in a caption above a picture of him with his mother on Twitter. “Thank you all for the amazing memories! What a ride it’s been! Here is a picture of myself and my mother in Las Vegas post one of my World title wins! Pick the home of your dreams Mags I love you! Whatever you desire it’s yours.”