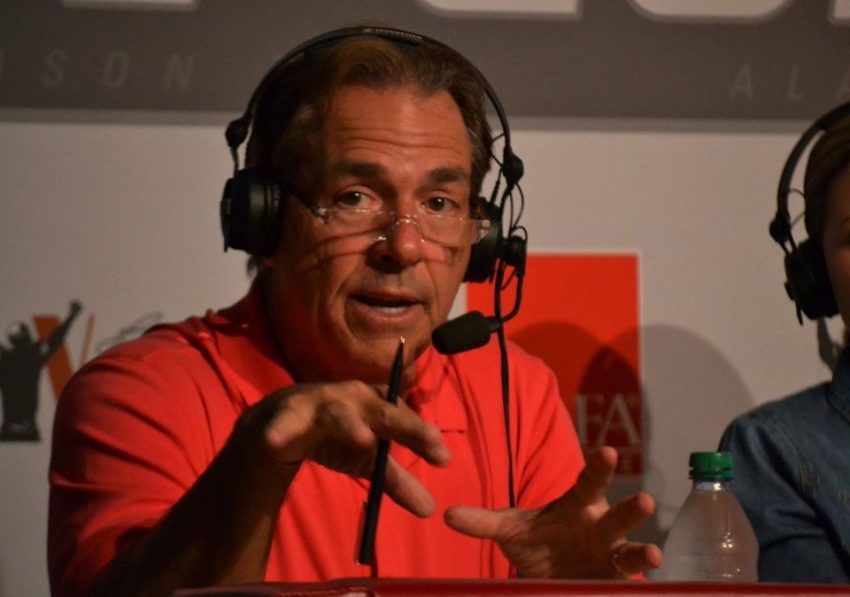 A little more than a week after testing positive for COVID-19, the Alabama football coach Nick Saban is back with the team and will coach Saturday’s game at LSU. Saban announced his return on his Thursday night radio show, a day before the Crimson Tide is set to fly to Louisiana.

“I think my time is up so I’m ready to get back into the swing of things even though I’ve been there for every possible thing. It’s just been a little different but now I can get back in person and do all the things we need to do without an issue or a problem.”

He said the medical staff made the decision based on “CDC timetables and all that.”

“But I’m clear tomorrow to travel with the team,” he said from his home via video call.

“The plasma treatment, whatever it’s called,” Saban said. “And it really worked wonders. I woke up the next day and I really only had slight symptoms of a head cold, maybe a little cough, so I felt like I had a cold. But that’s about it. I didn’t feel bad. I didn’t have a fever but whatever was in this plasma deal, it knocked it all out in one day. So from Thursday on, I felt great and 100%.

“And I would certainly recommend that treatment to anyone who can get it.”

Alabama plays LSU this Saturday at Death Valley at 8pm Et on CBS.