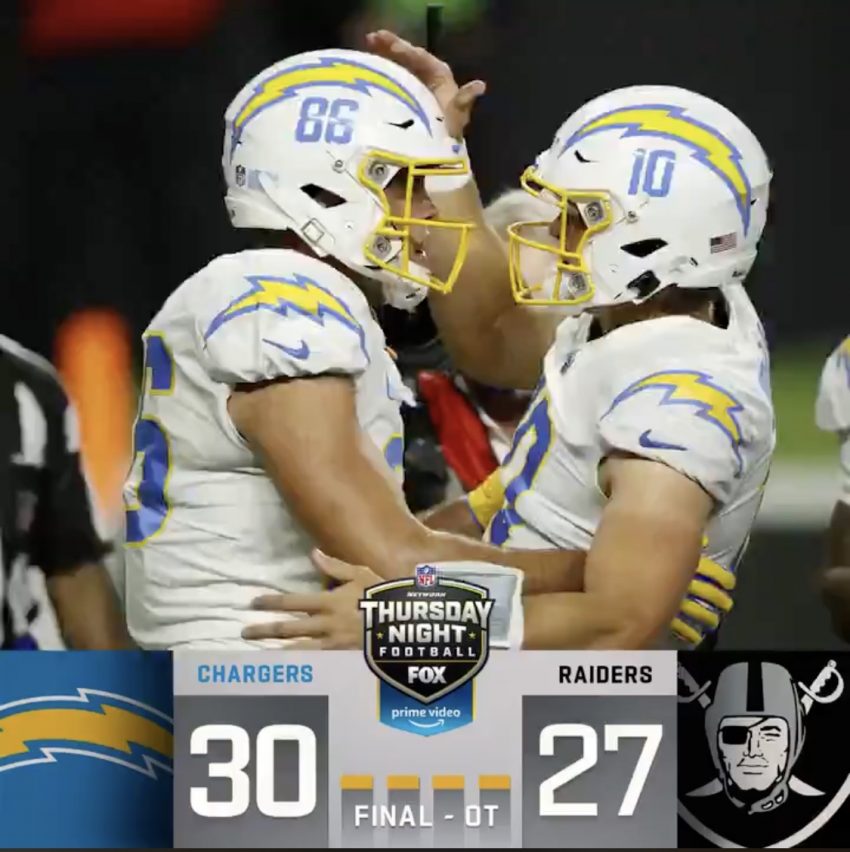 Justin Herbert shined as he’s done for all of his rookie campaign, while another former Oregon first-round pick, Marcus Mariota, came on in relief of an injured Derek Carr to put on an impressive performance, as well. AFC West rivals the Las Vegas Raiders and Los Angeles Chargers played into overtime on a dramatic Thursday night, but it was Herbert who commanded the final spotlight — and highlight. Herbert’s quarterback sneak in overtime propelled the Chargers past the Raiders, 30-27.

Mariota to Waller for the lead? Gorgeous.