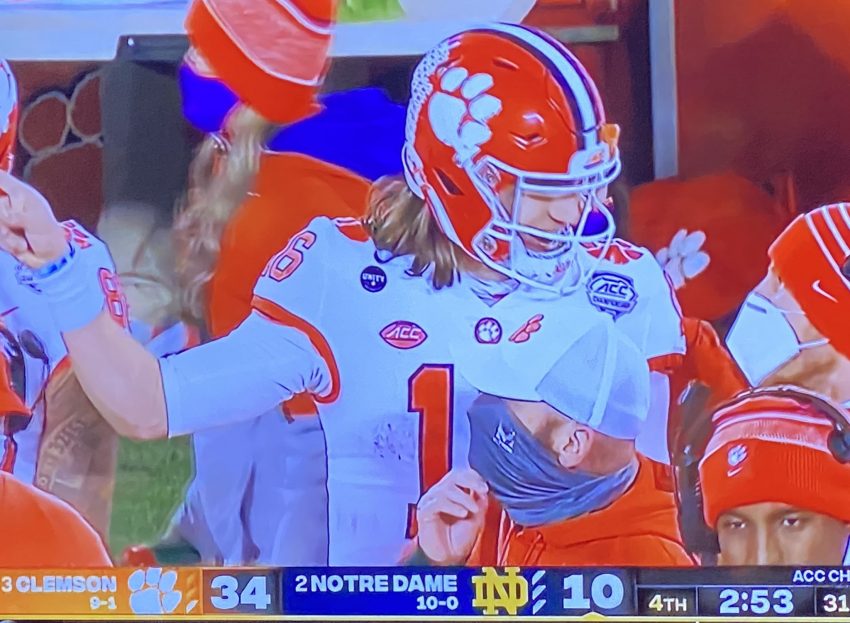 Clemson put on a clinic against Norte Dame winning 34-10. Trevor Lawrence had a dominant performance going for 322 yards and 2 touchdowns. One of those TD’s he took it to the house, Trevor was slicing up the ND defense all night. Etienne had a great game as usual rushing for 124 yards on 10 carries and 1 touchdown. For Clemson there stand out receiver was Rodgers who had 121 yards and 1 touchdown.

Norte Dame had one moment where they looked to put up a fight against the Tigers but that didn’t last long. Ian Book was pressured all night by the Clemson defense. He still managed to put up 219 yards but failed to get a passing touchdown. Norte Dame couldn’t get much from their running back Williams who only had 50 yards. Many thought that Williams would be the key for Norte Dame to win but Clemson was all over him. The CFP committee has a tough decision to make should they keep ND in or put in A&M.