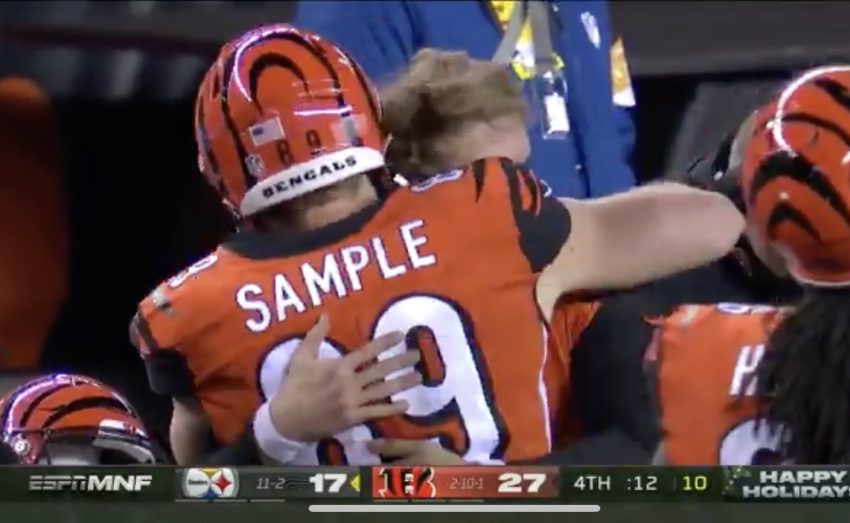 The Cincinnati Bengals jumped all over the Pittsburgh Steelers early and held off a second half rally in a 27-17 victory over the Steelers on Monday night.

Ben Roethlisberger and the Steelers Offense looked completely broken in the first half as the Bengals jumped out to a 17-0 halftime lead. The Steelers had 40 yards in total with 7 net passing yards, two first downs and three turnovers. Roethlisberger had completed just 7-of-16 passes for 19 yards and an interception with two fumbles and one lost. JuJu Smith-Schuster also lost a fumble as a part of three first half turnovers for Pittsburgh.

The two-win Bengals beat the Steelers in a divisional showdown 🔥 pic.twitter.com/7n8o9ZWfXa

‘Tis the season for festive football! Don’t miss a special appearance by The Muppets on Monday Night Football during tonight’s Steelers vs. Bengals game on ESPN starting at 8pm EST! pic.twitter.com/ajSS9vuSxf