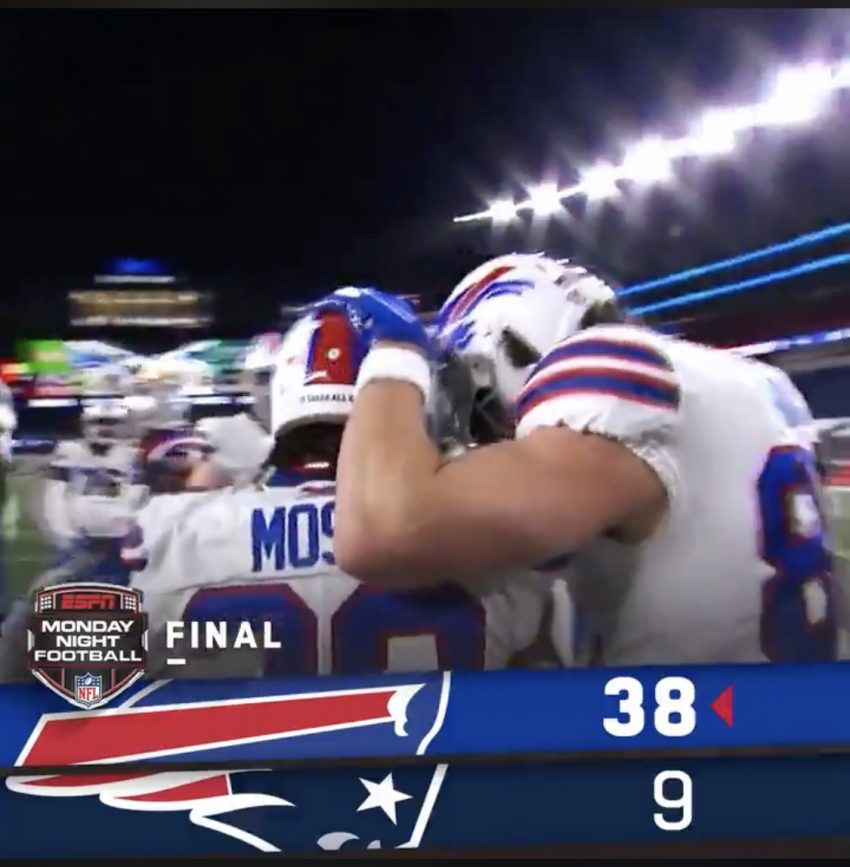 Patriots dropped their second-to-last game of the 2020 season on Monday, 38-9, to the Buffalo Bills.

The Bills, who clinched the AFC East title last week, improved to 12-3 and guaranteed the Patriots (6-9) would finish the season with a losing record. The Patriots face the 2-13 New York Jets to conclude the regular season on Sunday.

Bills became the first team to sweep the Patriots in the regular season since 2000, Bill Belichick’s first season with the team. Before Monday night, the Patriots were the only NFL team not to be swept by a divisional foe since division realignment in 2002.

Bills fans right now: “So this is what this feels like”

Patriots fans right now: So this is what this feels like”