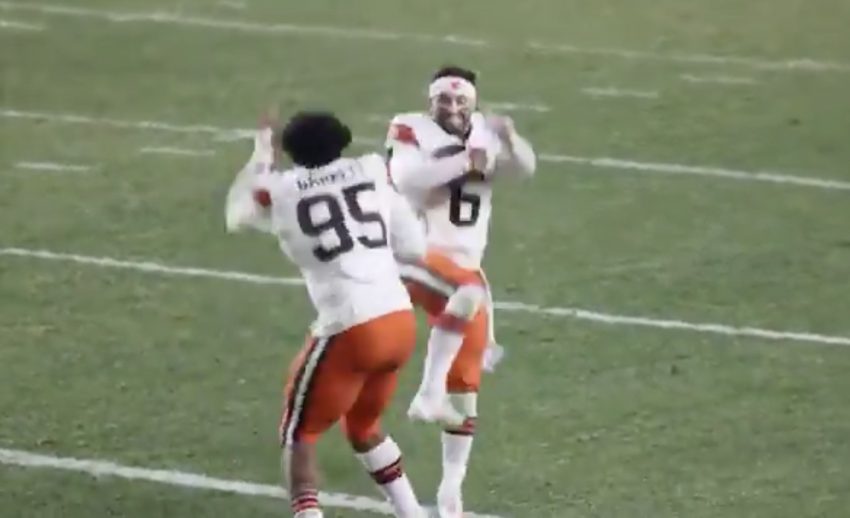 Twenty-eight points was enough. And so was roughly 25 years. The Cleveland Browns burst out to a startling 28-point first-quarter surge and then withstood a Pittsburgh Steelers rally. It added up to Baker Mayfield and the Browns earning a 48-37 Super Wild Card Weekend win over Ben Roethlisberger and the Steelers on Sunday for Cleveland’s first postseason triumph since the 1994 season. The Browns will play the Chiefs in the Divisional Round, while the Bills will host the Ravens.

Very tough day…happy for my @Browns being in the playoffs, but they are playing the Steelers, my son Brian’s favorite team. Today is Brian’s birthday so I took his Steelers gloves to him. I love you, Brian. pic.twitter.com/dkyAeb4iL4

The @Browns are on the board. #WeWantMore