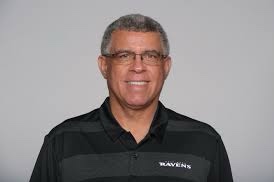 The Houston Texans have hired Baltimore Ravens assistant David Culley to be their next head coach, according to the Houston Chronicle.

Culley, 65, who has spent the past two seasons in Baltimore, just completed his 27th season as an NFL coach. Along with serving as the team’s assistant head coach, Culley was Baltimore’s passing game coordinator and wide receivers coach. The Ravens finished the 2020 season ranked last in the NFL in passing.

“David is just a genuine guy,” Ravens head coach John Harbaugh said in a text to ESPN’s Ed Werder. “He will be who he is everyday. Has been that guy every day of his career. I’m thrilled for him. Great person. Genuine. Full of energy.”

To be clear: The #Texans have offered the job to #Ravens assistant head coach David Culley and he’ll accept it. Houston has a new head coach.

The #Texans are working towards a deal with David Culley to make him their head coach, sources tell me, @RapSheet and @MikeGarafolo.