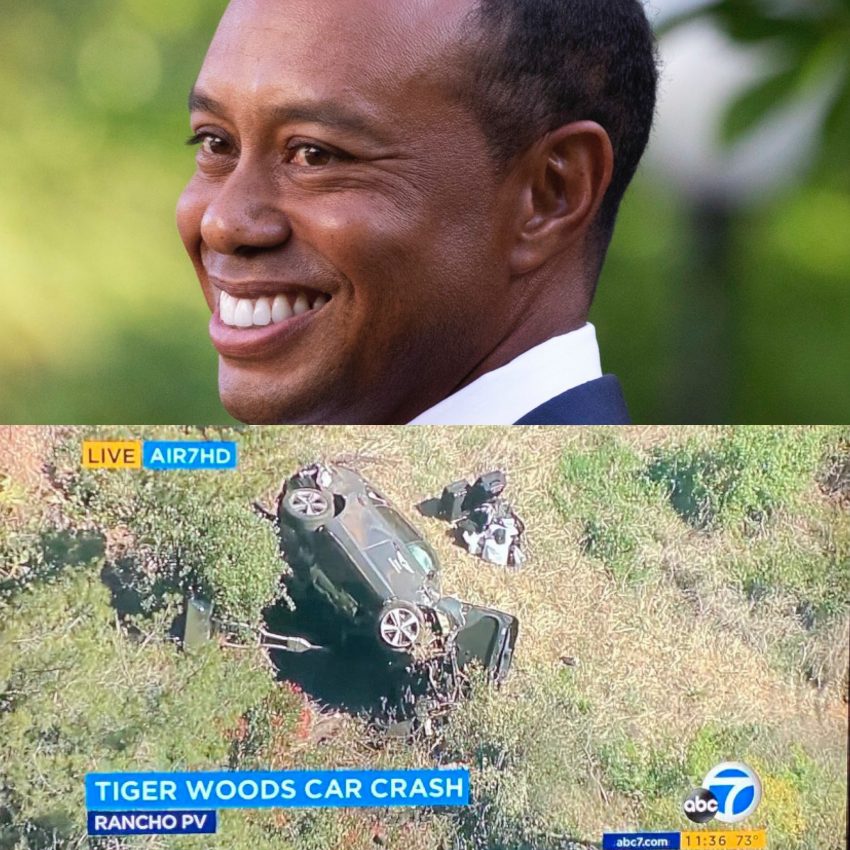 Tiger Woods’ accident sends the golf star to the hospital after he was extricated from a rollover wreck near Rancho Palos Verdes.

Woods was the sole occupant of a 2021 Genesis GV80 SUV that was traveling north on Hawthorne Boulevard at Blackhorse Road when he crashed just after 7 a.m., authorities said. The vehicle sustained major damage, and Woods had to be extricated from the wreckage by personnel from the Los Angeles County Fire Department, sheriff’s officials said.

Tiger Woods was injured Tuesday in a single-car crash near Los Angeles, according to LA County Sheriffs.

Emergency personnel extricated Woods from the vehicle using the “jaws of life.” He was taken to a local hospital for his injuries, and his condition is unknown at this time. pic.twitter.com/u3EQcUnldq

Tiger Woods’ vehicle after the crash this morning that now has him in surgery for what his agent is calling “multiple leg injuries.” pic.twitter.com/VbI5qvyj8g